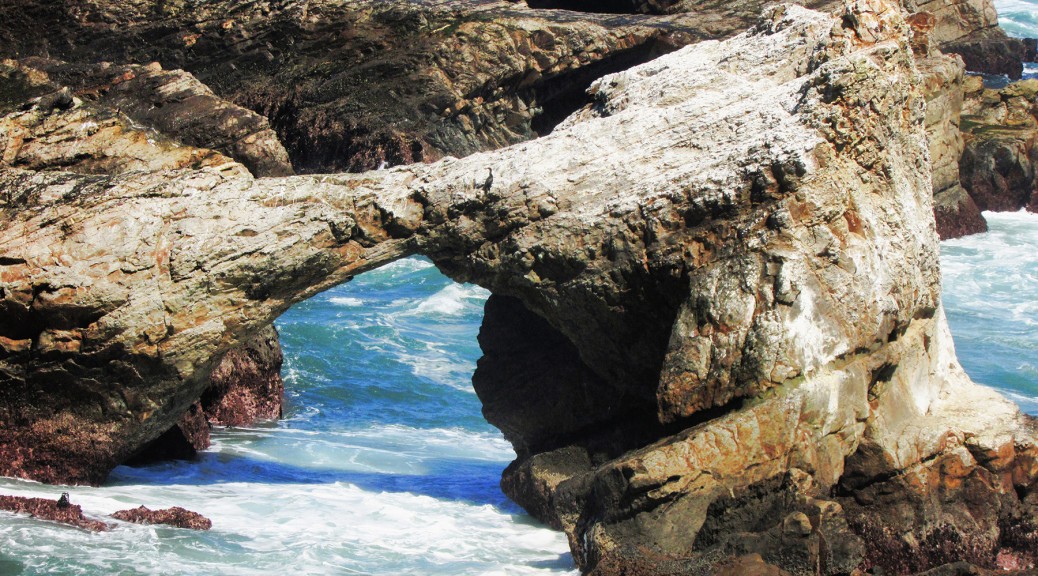 SPAN Editor Dave Kennedy gave me a tip about an area up the Northern California Coast called Storenetta Public Lands that has some sea arches. This area was once a dairy farm owned by Clover Creames based in Petaluma, CA. So I drove up to the area near the Pt. Arena lighthouse, parked at the Stornetta Public Lands trailhead, and walked the trail along the bluffs. It was quite windy. Coordinates given are from Jay Wilbur’s GIS section of the NABS website; sizes are estimates. 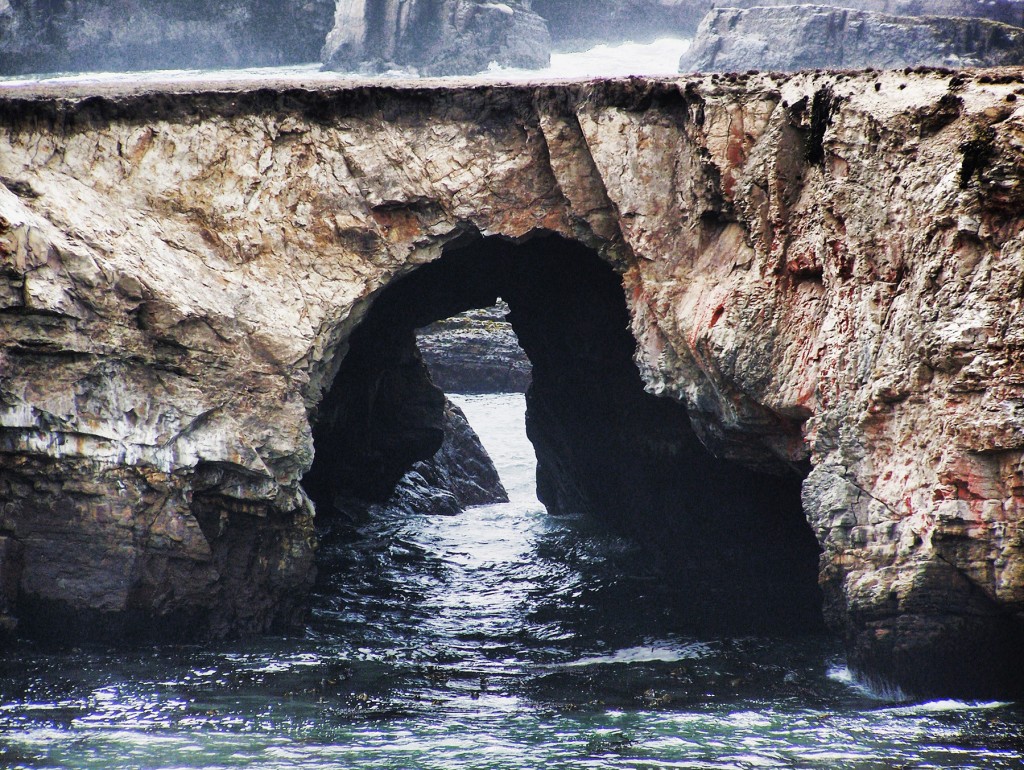 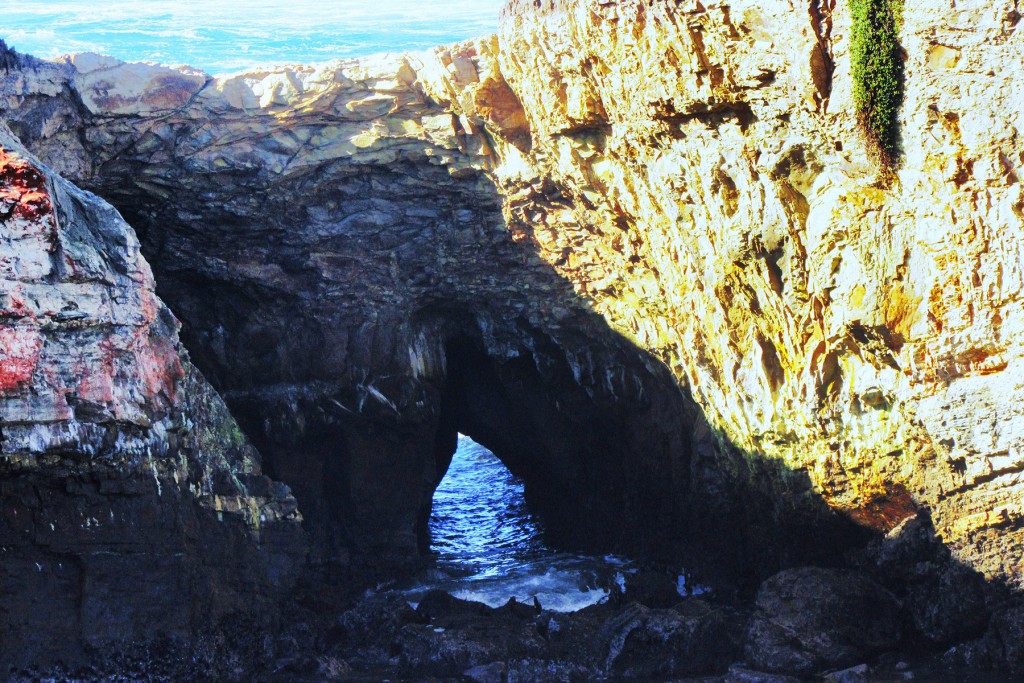 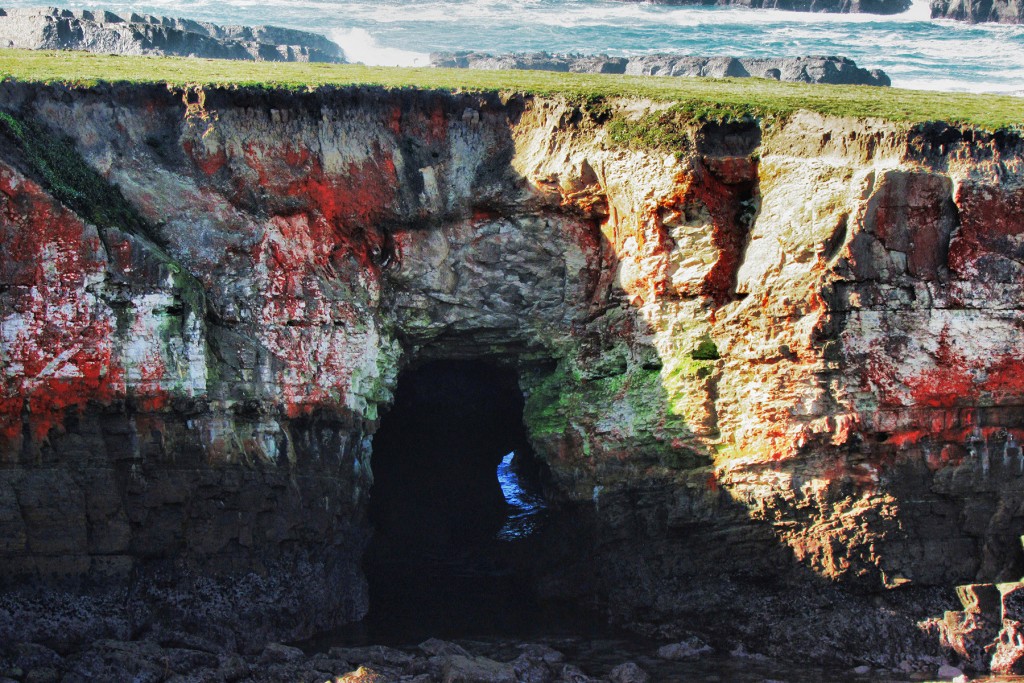 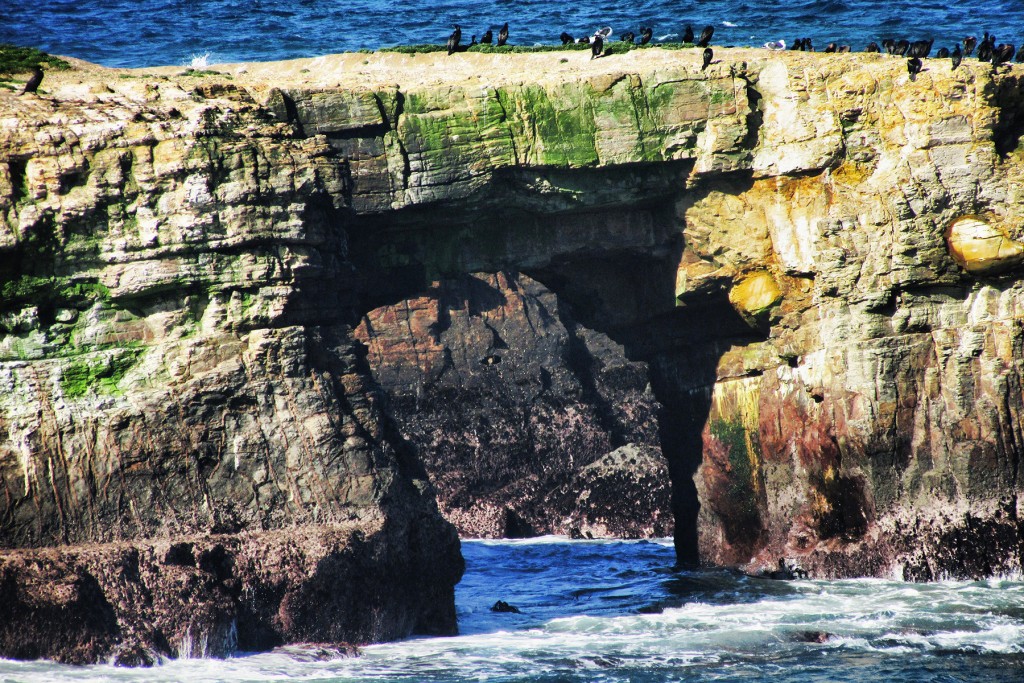 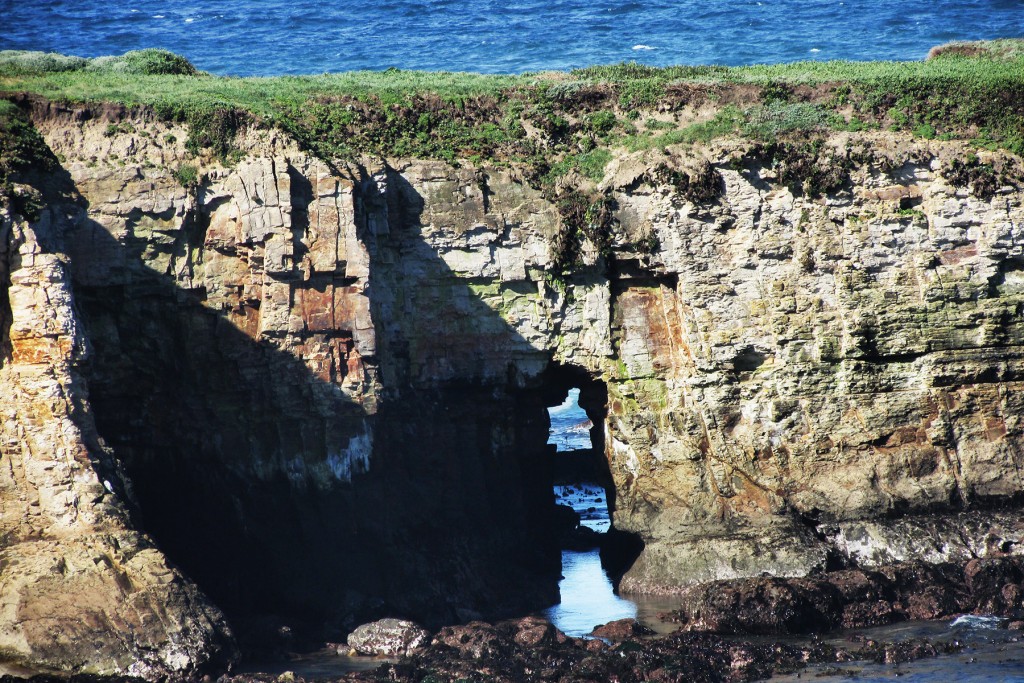 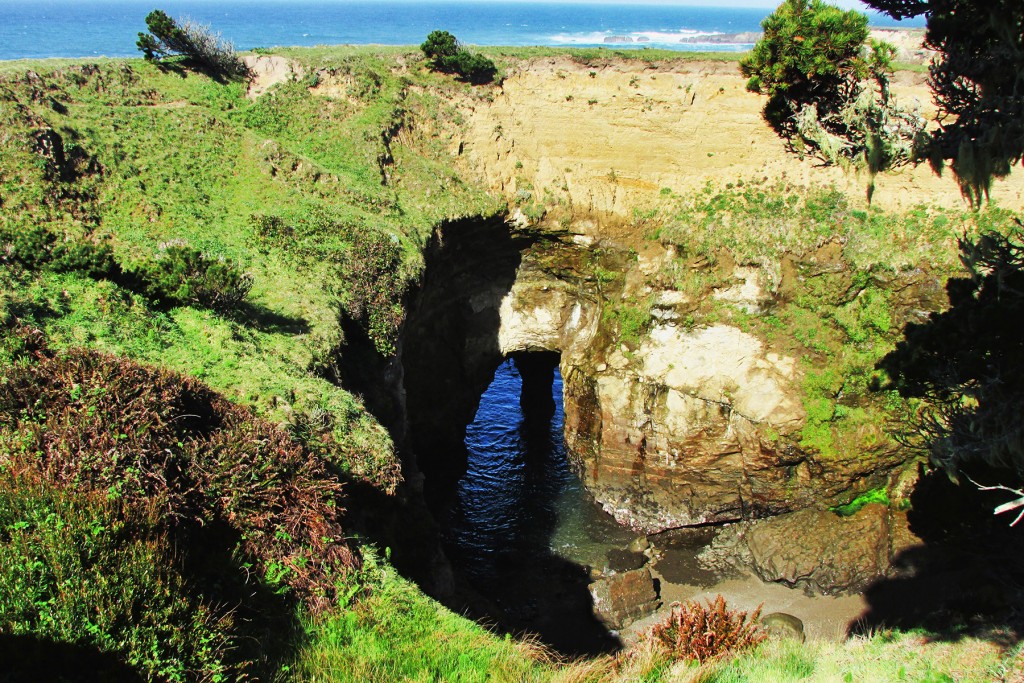 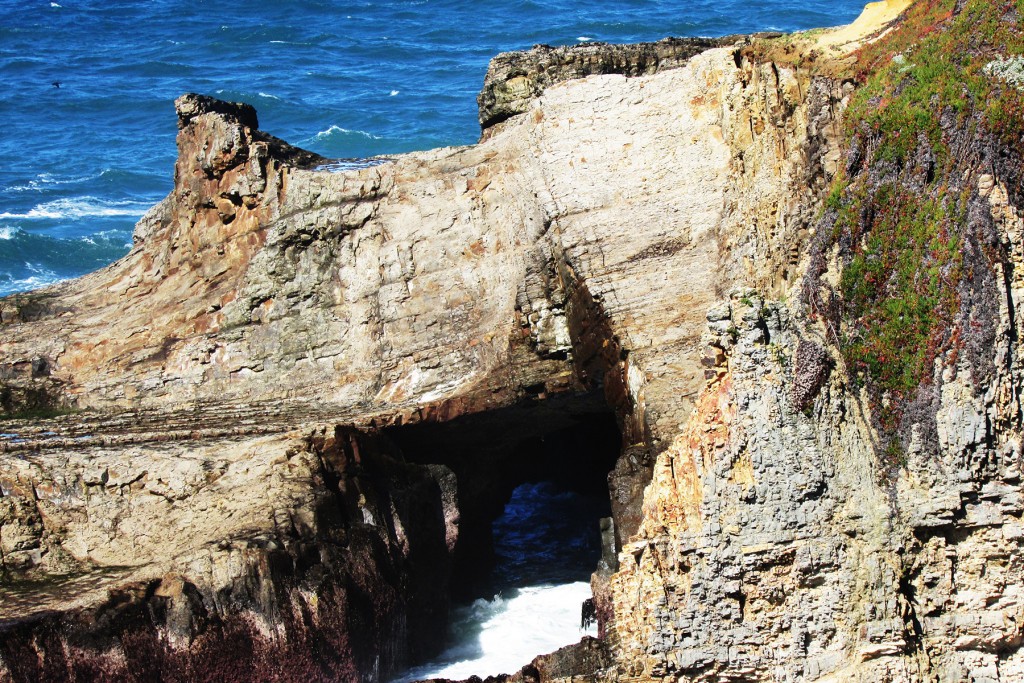 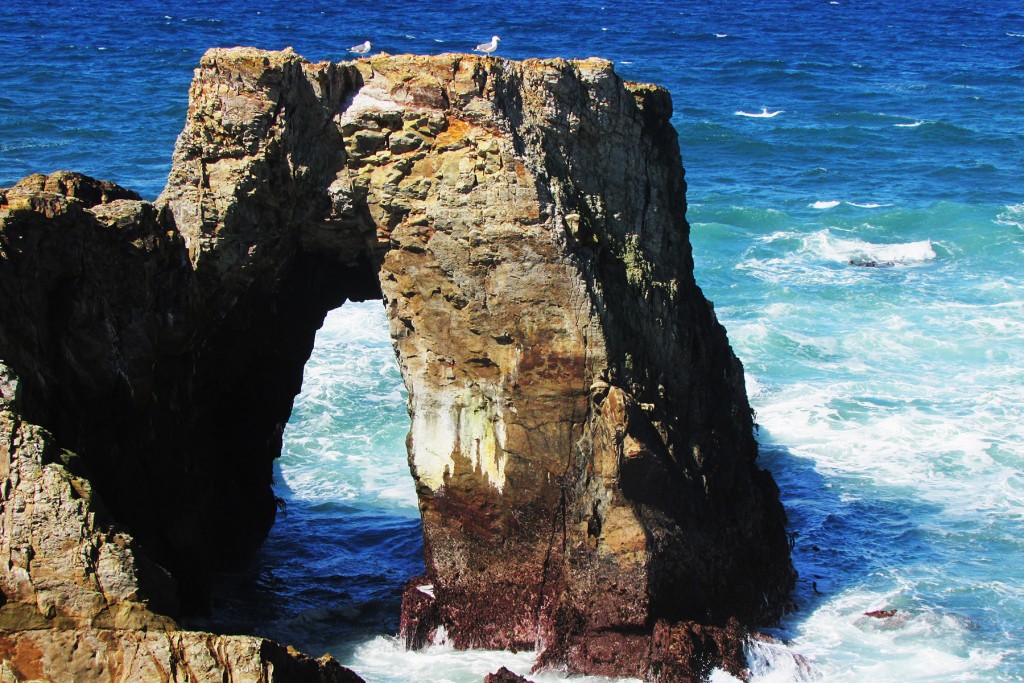 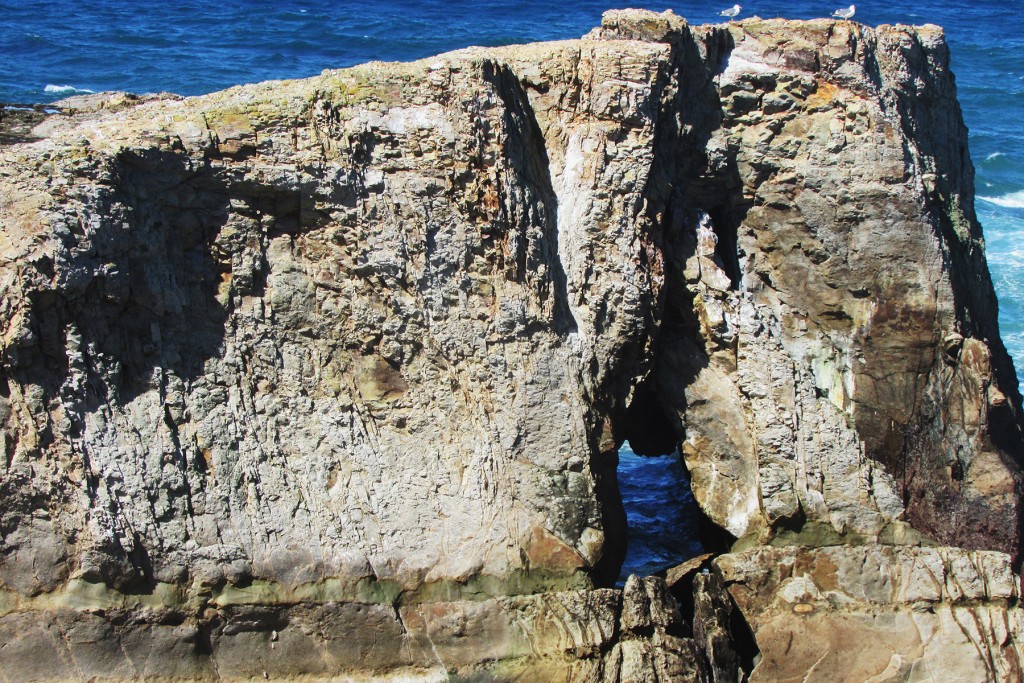 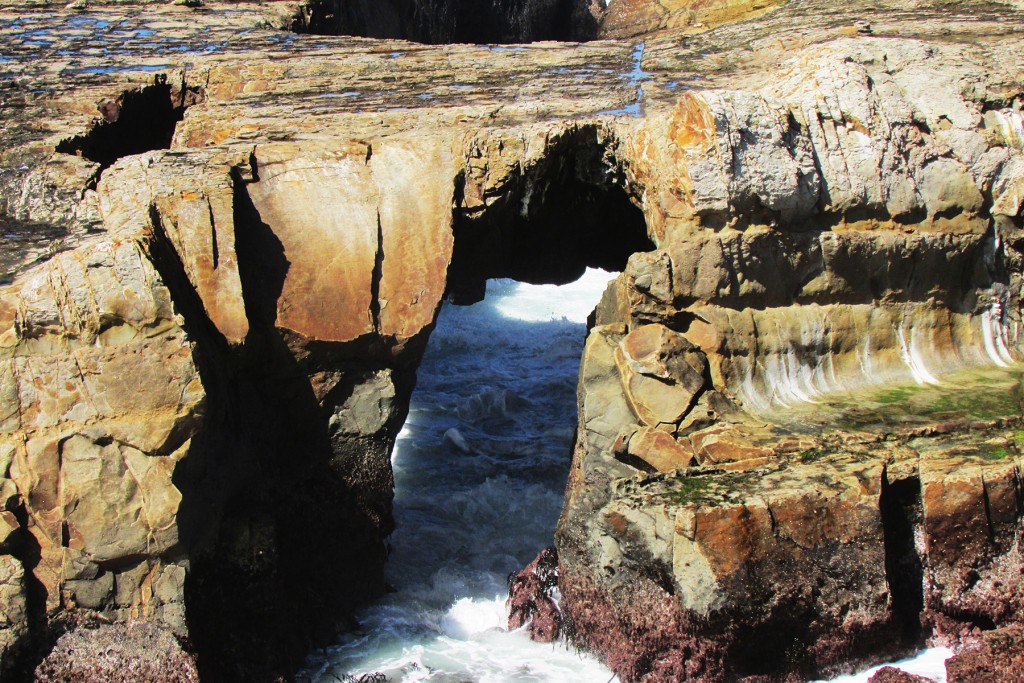 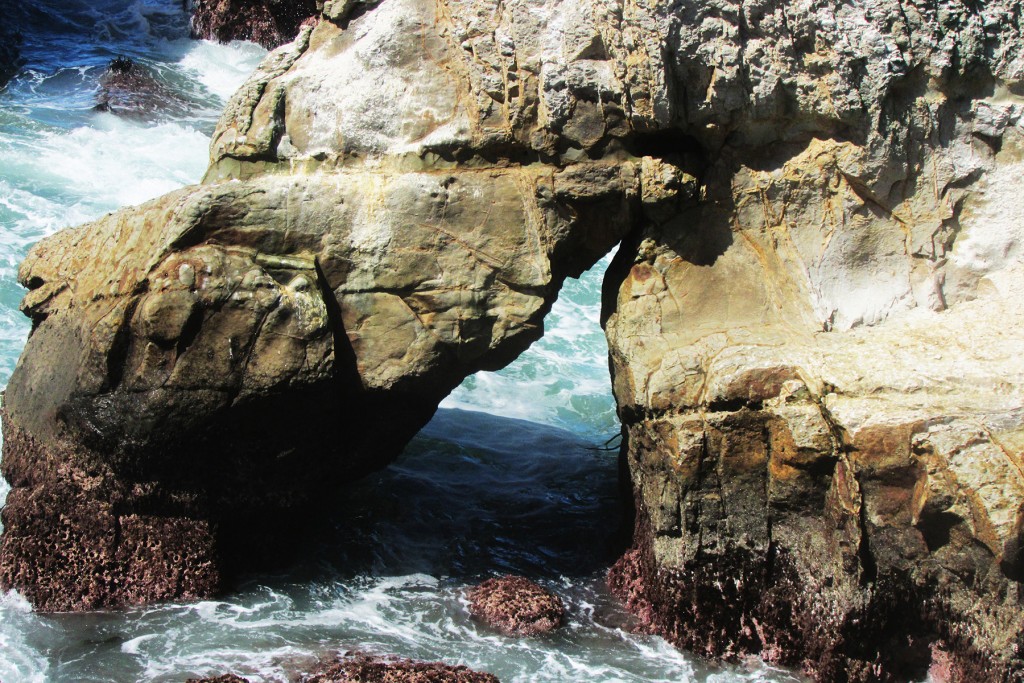 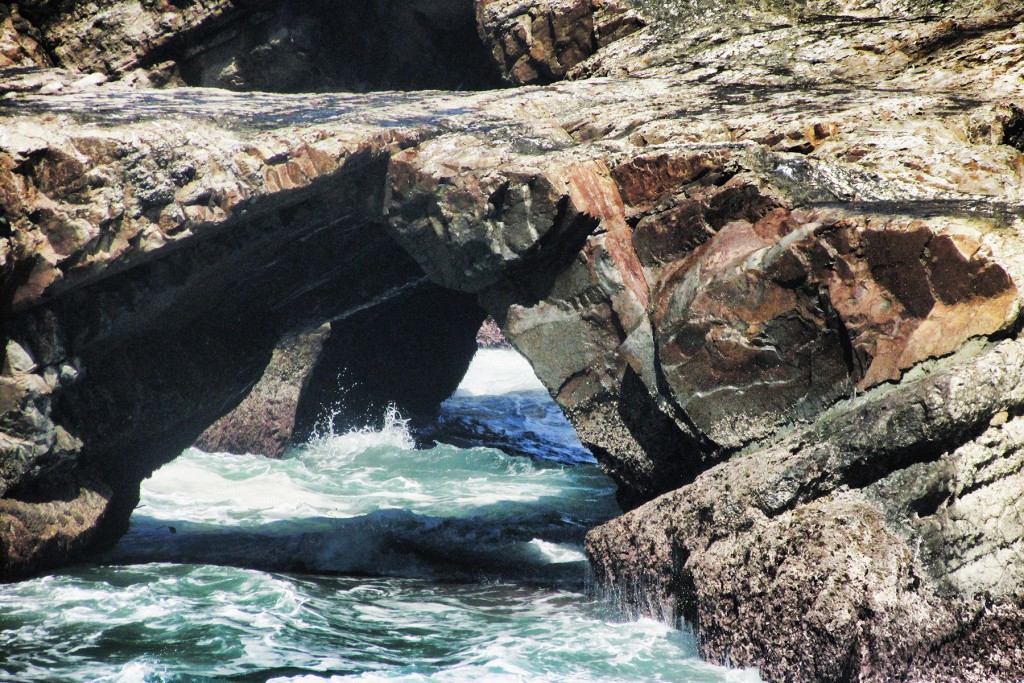 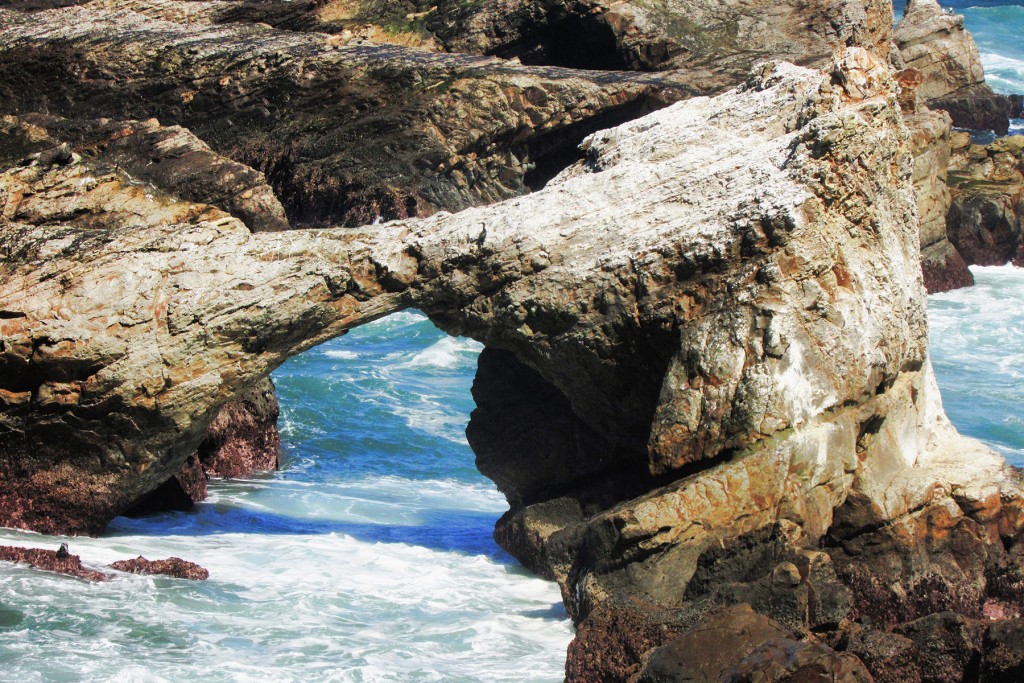 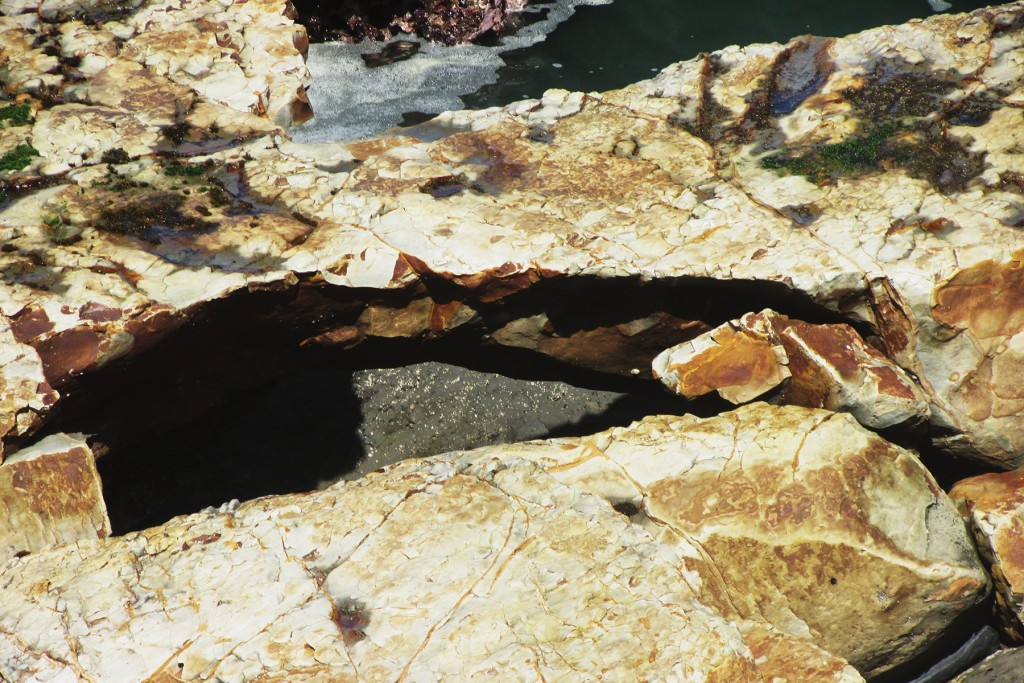 South along the bluffs is a sea arch with seaweed growing inside it, 10×30 feet, Photo 15: 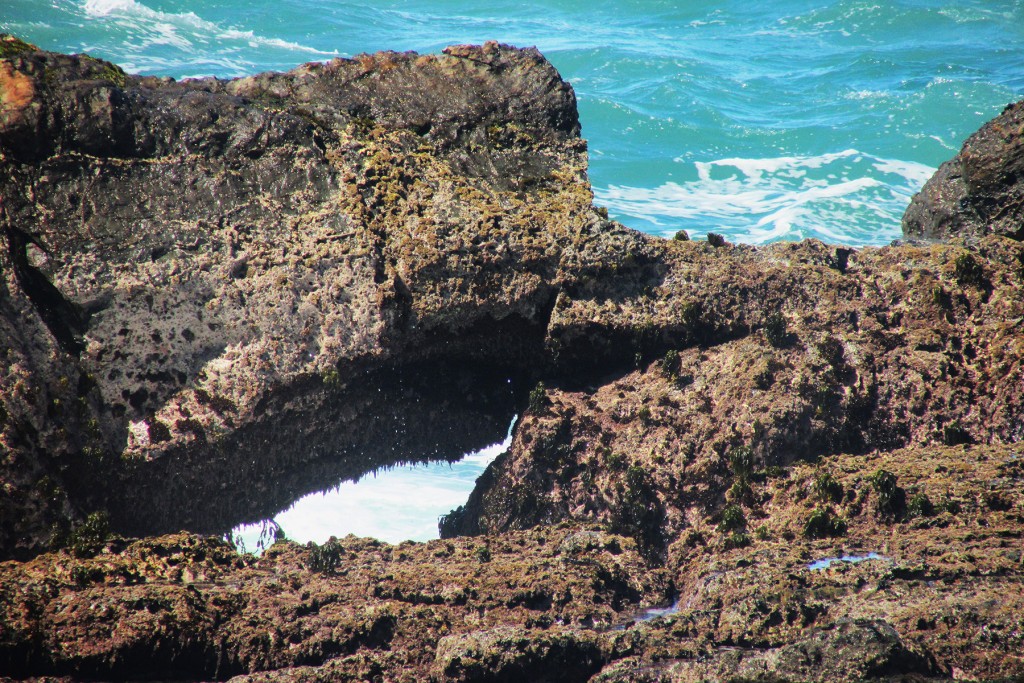 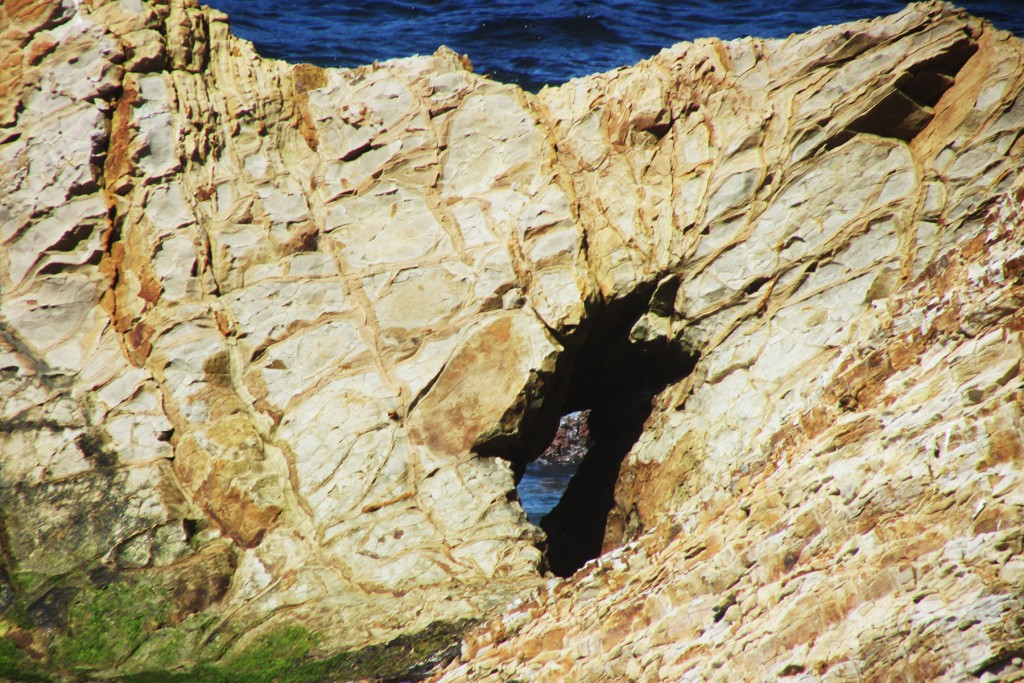