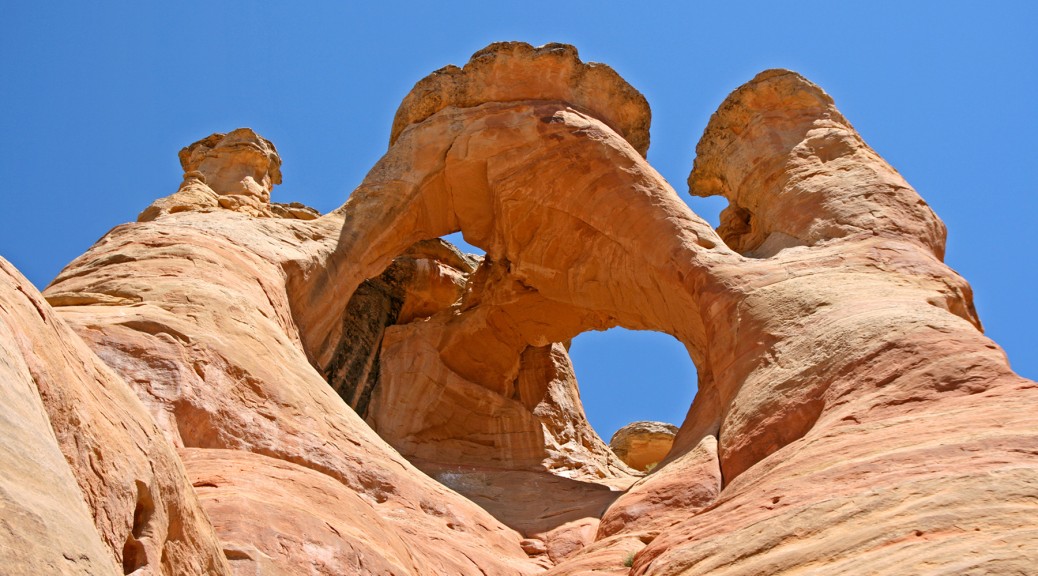 I learned about Crown Arch (NABSQNO 12S-681690-4333545)  in Mee Canyon (west of Grand Junction, Colorado) from Bob Fagley’s comprehensive site Bob’s Arches, and visited it twice in May 2010 and 2012. As often happens, the very first picture (above) was the best (showing the classic view from below).

My wife Joan Hutchinson and I approached it that first time via a long and complicated route, but exited in a more straightforward way and it is the latter route that I used on the two trips since. In 2012 Jonathan Kriegel, Dave Blakeslee, and I visited Crown and also Two Feathers and Will Minor Arches. These two visits to Crown made me really want to check out the top.

On Sunday, May 1, 2016, Bill Briggs and I went in with ropes and gear to see what might be accomplished from the top of the arch. We had hoped to do this on Saturday, but the road was too muddy due to a huge rainfall on Thursday. It was fine on Sunday after a dry night.

We found the top of the arch with no difficulty after just a little over two hours of hiking from the parking spot at the gate, about three miles before the official Rattlesnake Arches Parking spot. We hiked down the road for about a kilometer, and then turned left on old roads to get to the arch. In fact, one should just beeline it to the old road system from the parking area, and that is what we did on return, which took a little under two hours for the approximately five mile trip.

From the top of the arch the angle looked steep so we decided not to try and go lower and then climb it, but just to work on photography. To that end, I rappelled into it from a solid small tree anchor, but Bill also put me on belay on our second rope so I could stop anywhere for photography. I went down about 70% of the way to the bottom. I think now that this would be climbable from the bottom, but talk is cheap. I had one jumar with me and getting back up with the help of that was a triviality: so much easier than the old-school technique of prusiking.

Bill checks out the top of the Crown: 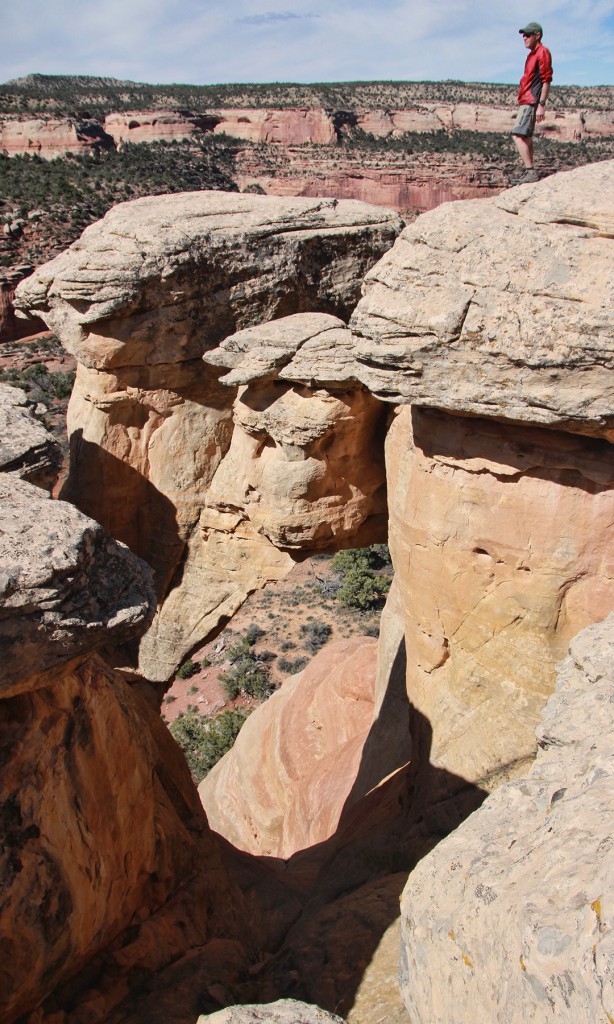 Looking down the Crown from the top: 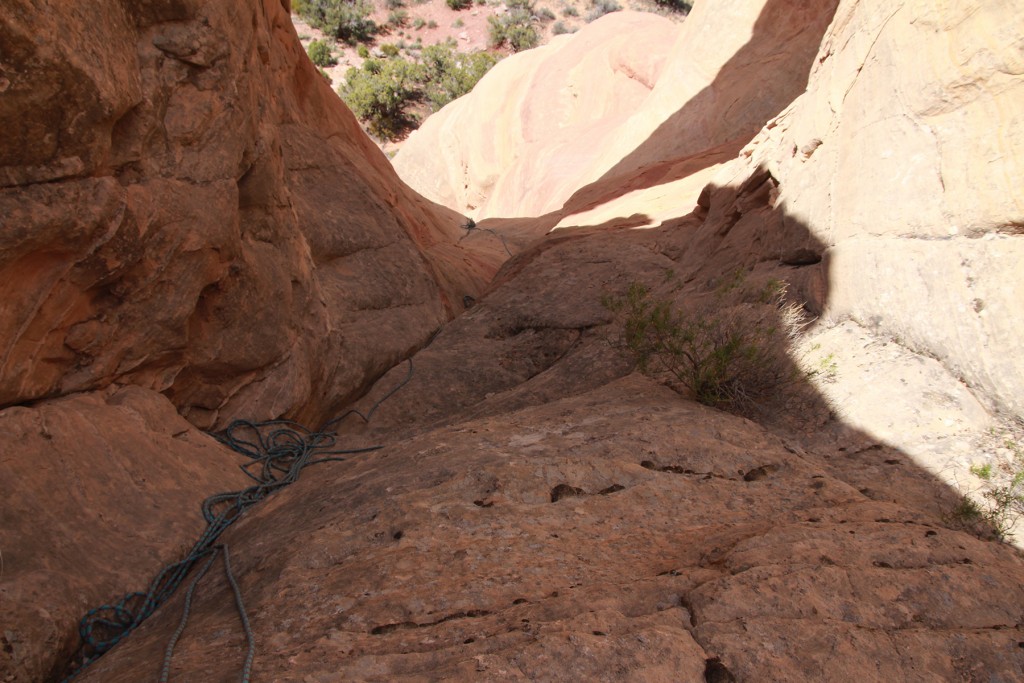 Looking down from a little below the top: 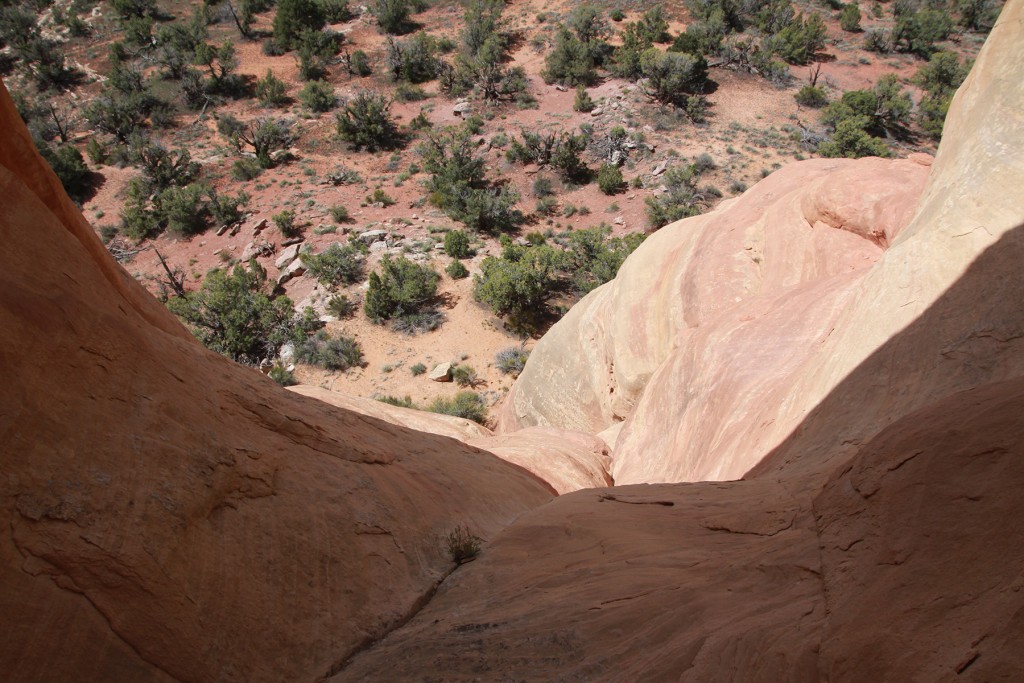 The top of the arch is guarded by a pig: 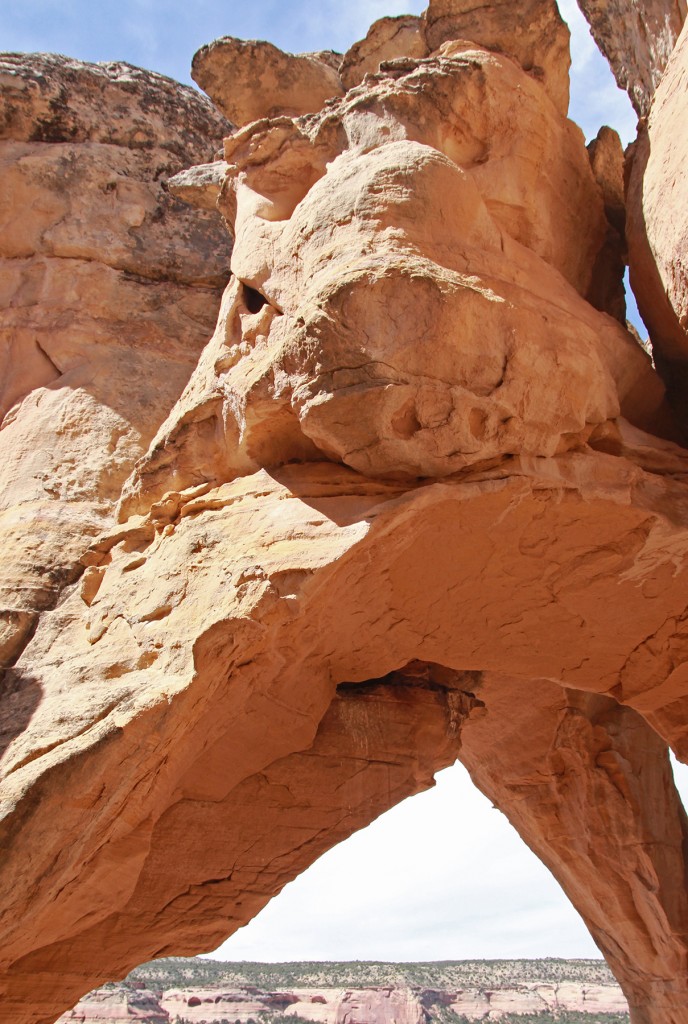 Looking across Mee Canyon after descending a little bit on rappel:

A panorama from three frames of the upper part of the Crown. This was the sort of shot I was looking for. It is an unusual view of the Crown’s interior: 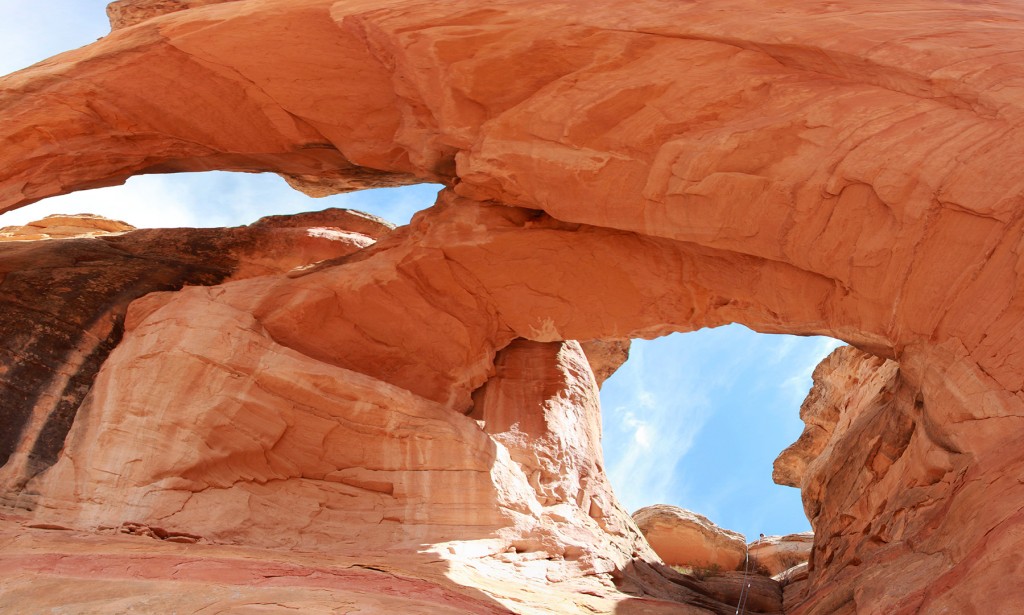 The whole Crown from below: 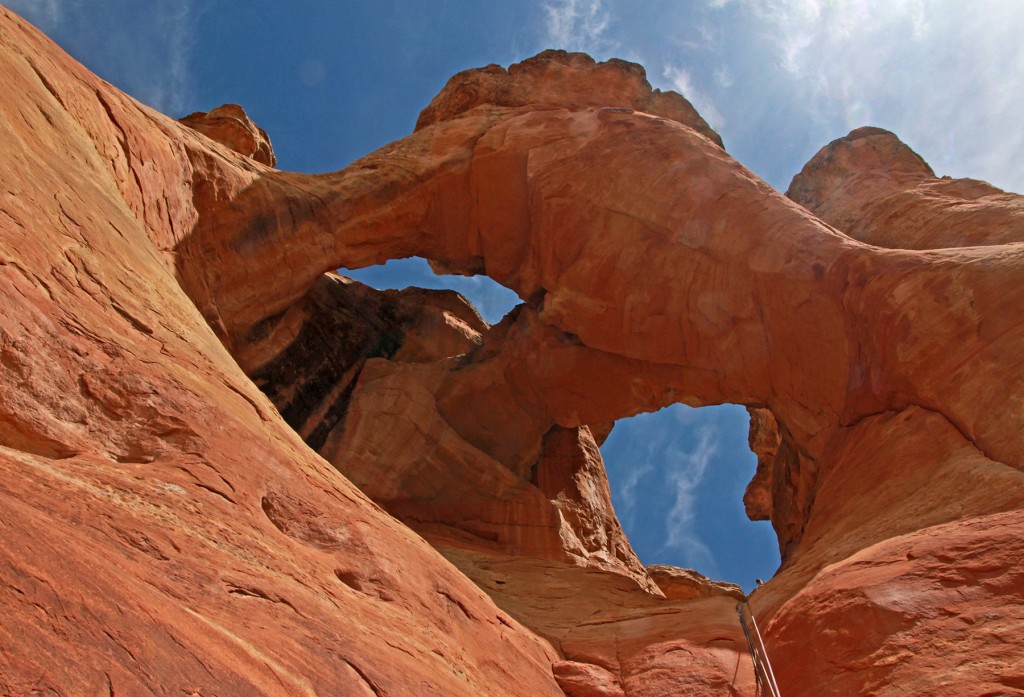 Looking up Mee Canyon from my low point inside the Crown: 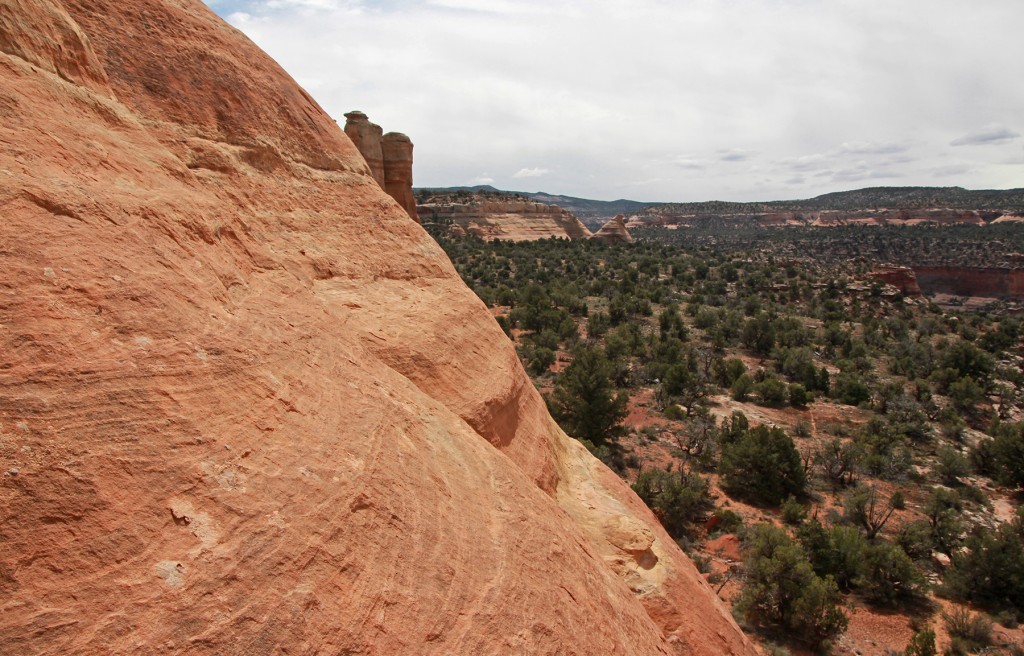 Here is our GPS track superimposed on a Google Earth image. The canyon north of “Lap 1” is Rattlesnake Canyon.