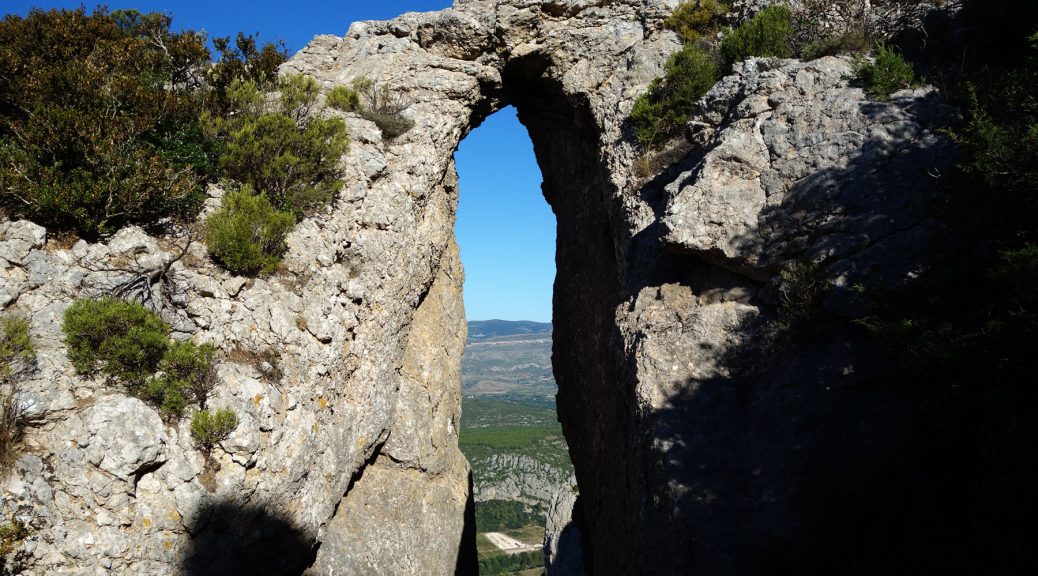 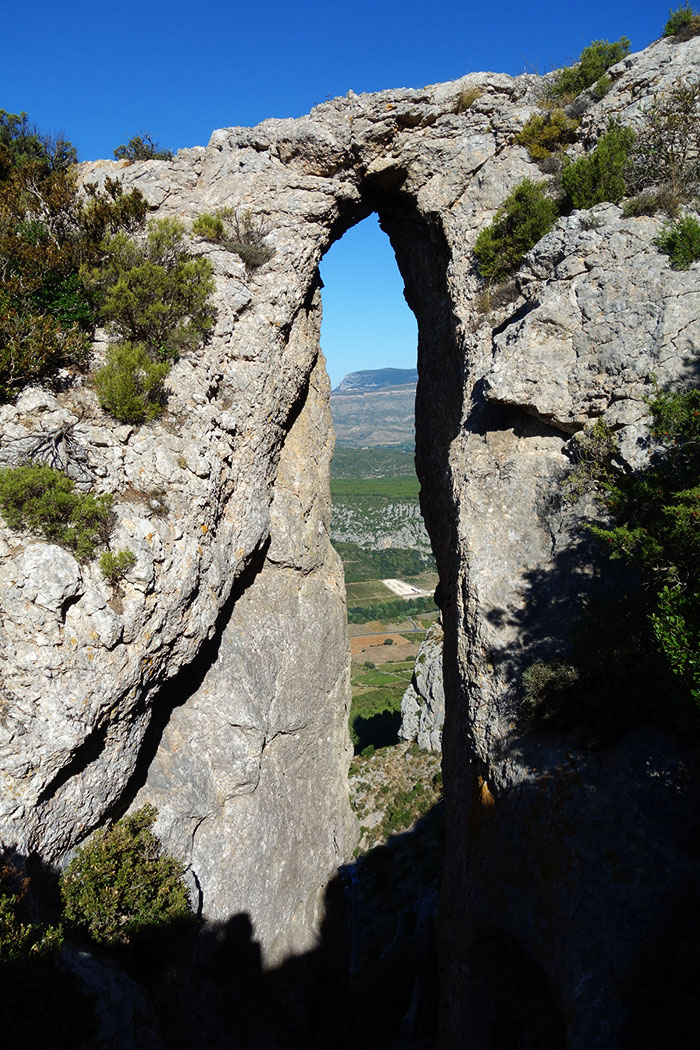 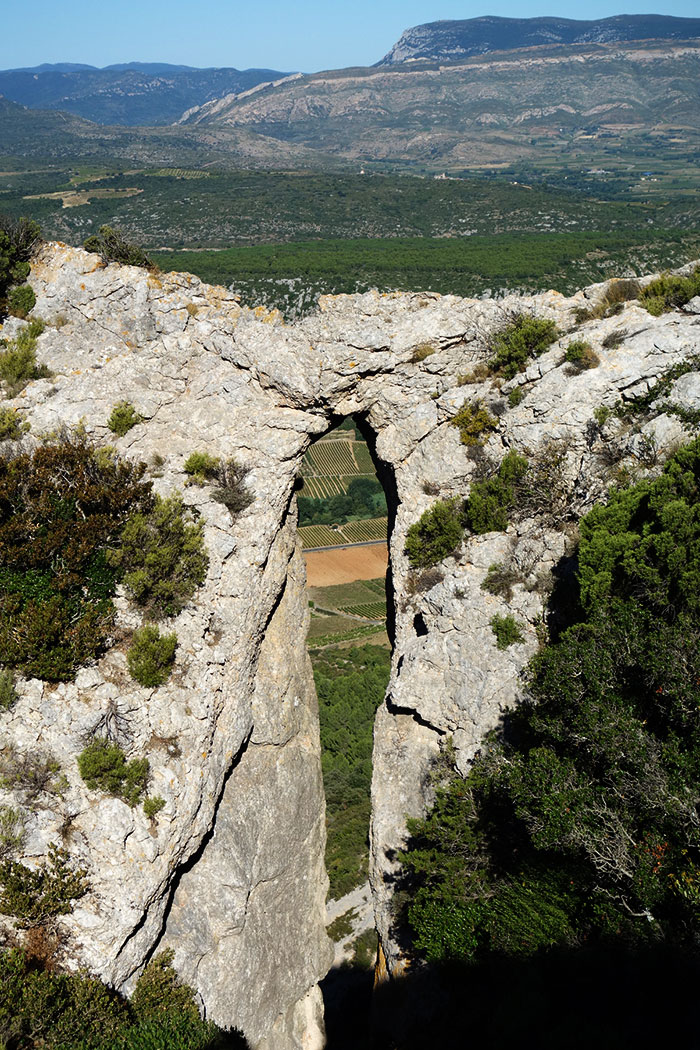 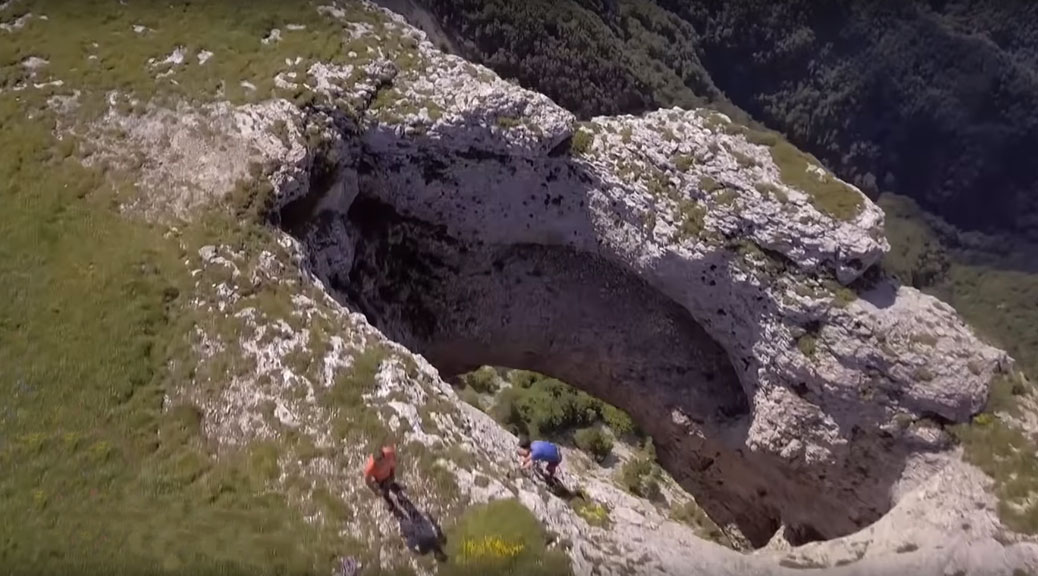 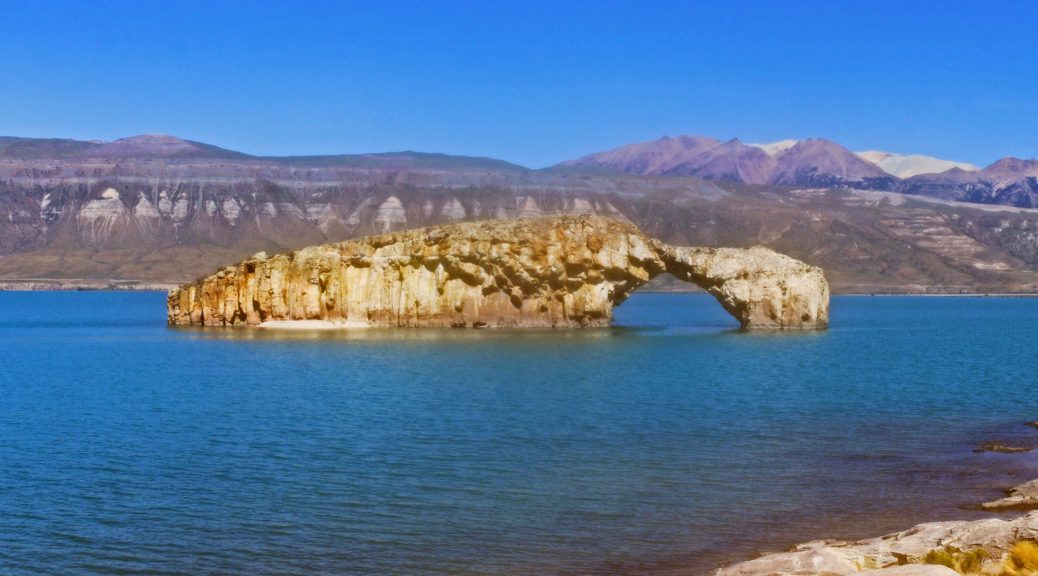 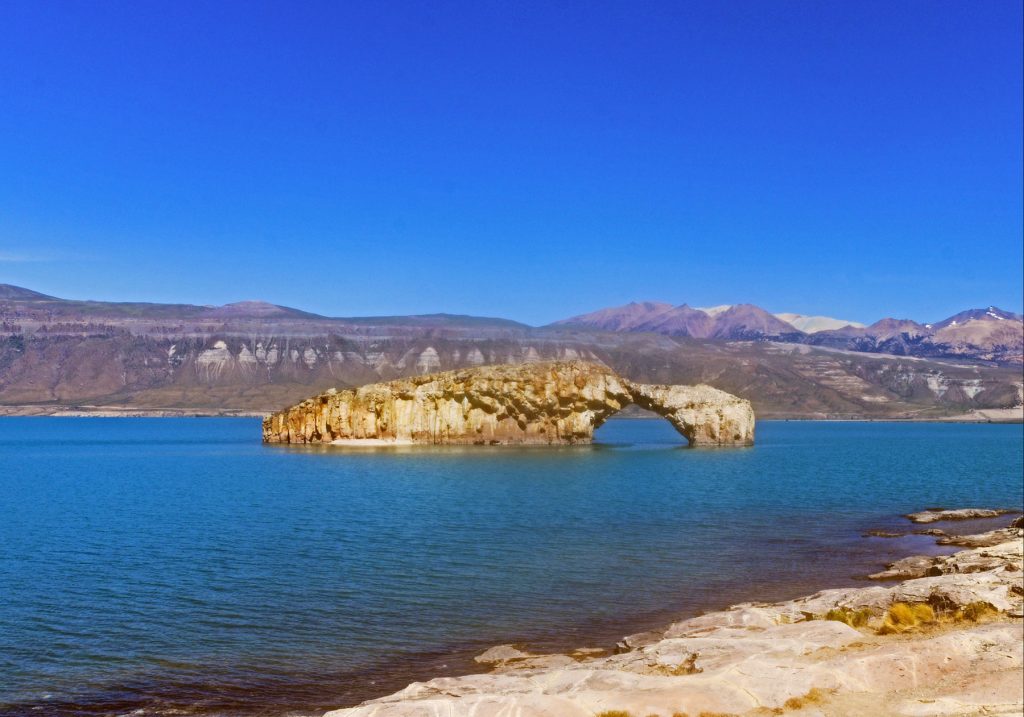 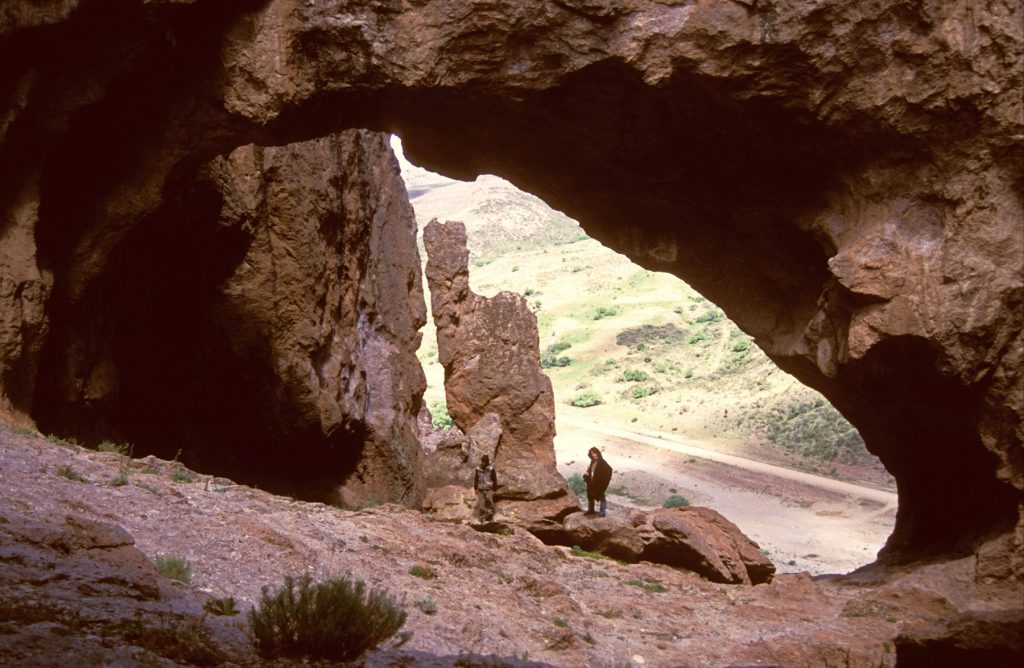 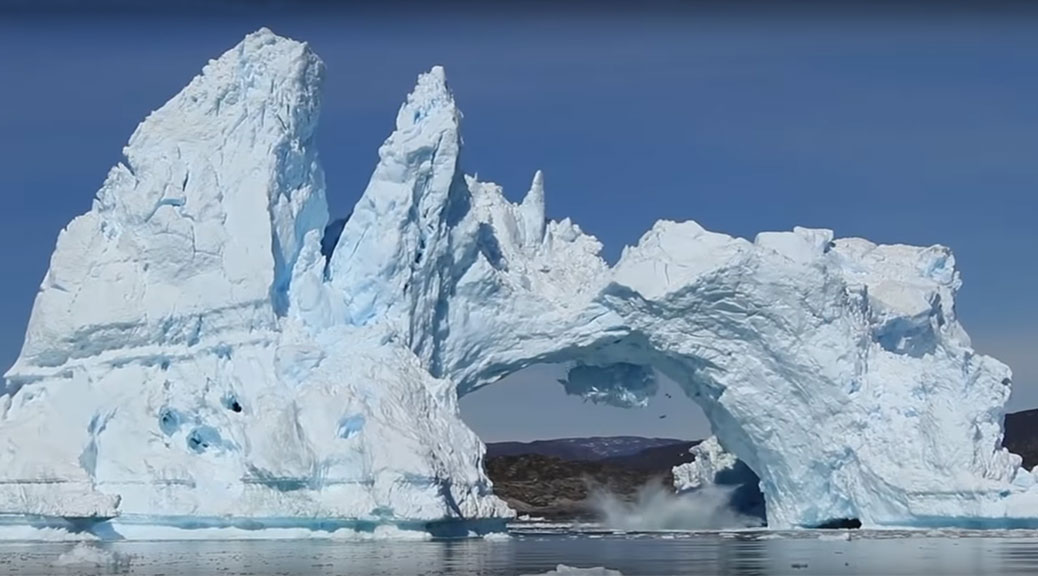 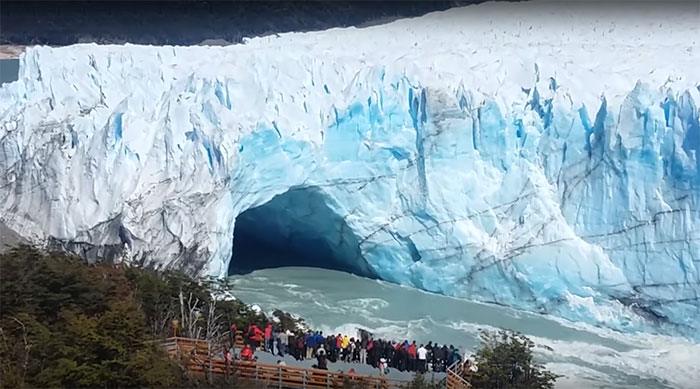 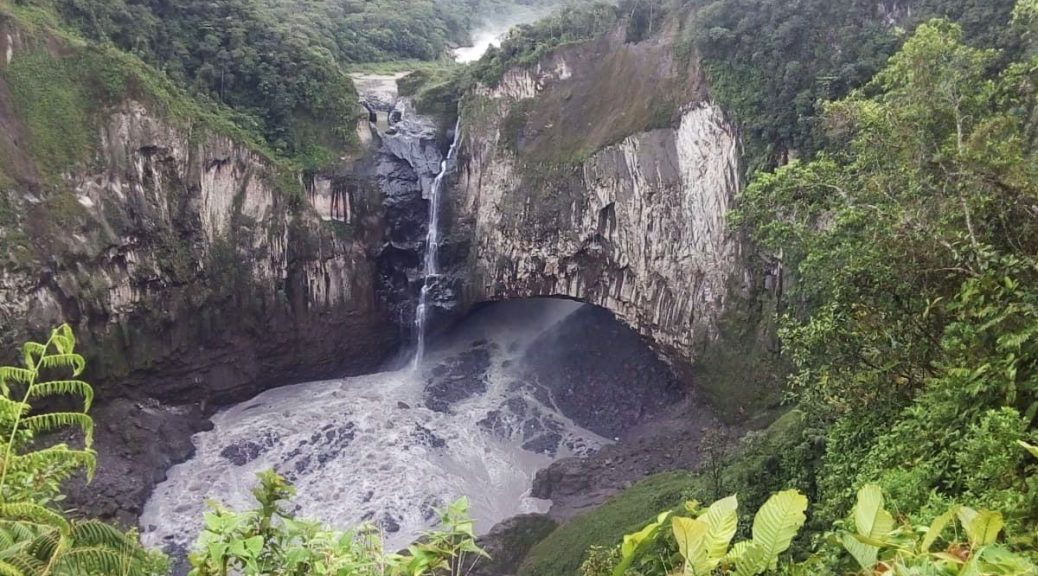 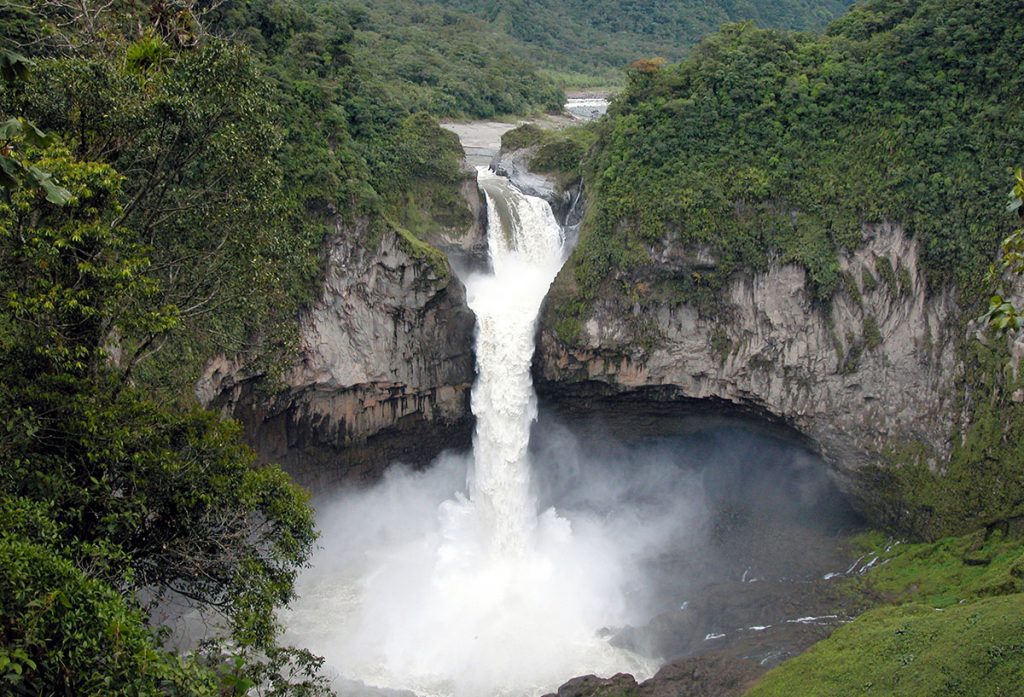 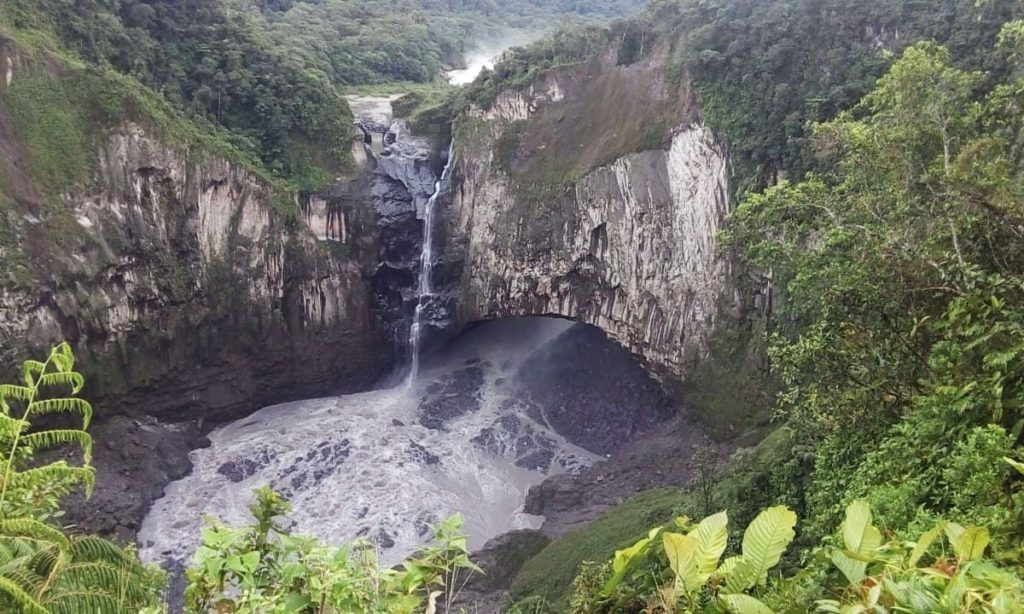 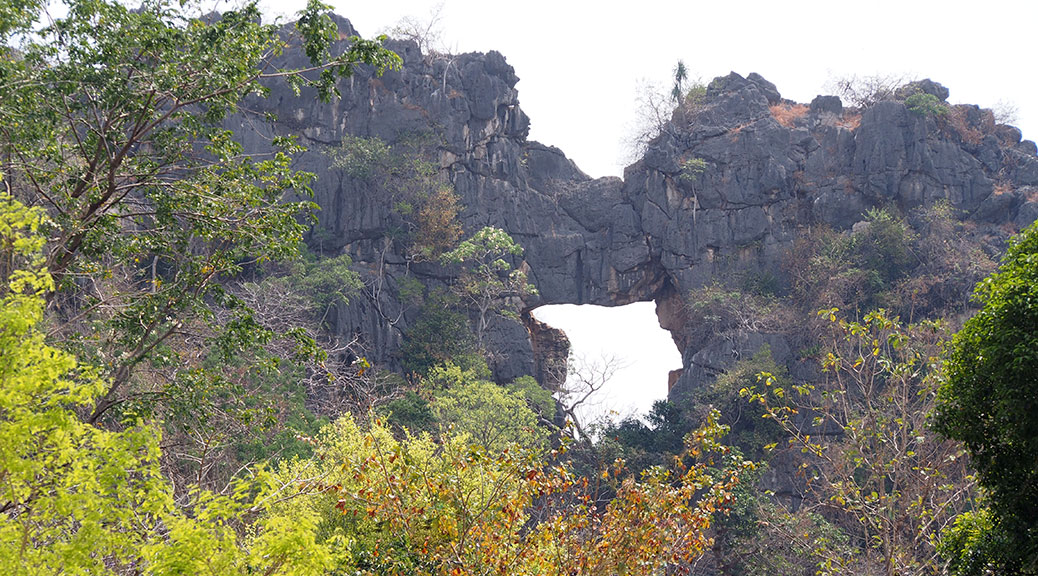 Ratchaburi is a large, mostly agricultural province to the West of Bangkok, Thailand. It is dotted with highly eroded limestone hills, many of which contain caves, and many of which host Buddhist temples. One of these hills is at Wat Tham Mongkut, surrounded by fields of sugar cane. The hill here has a small cave (tham = cave) used as a Buddhist shrine. Up at the top of the hill, overlooking the temple, is a natural arch, clearly visible driving into the grounds, and even visible if you come along the main road from the North. Although there is no easy access to the arch, Martin Ellis of the UK’s Shepton Mallet Caving Club, who maintains a database of caves in Thailand, gives a span of 10 m (32 feet) and a height of 30 m (98 feet), while giving the hill a height of 100 m (320 feet). 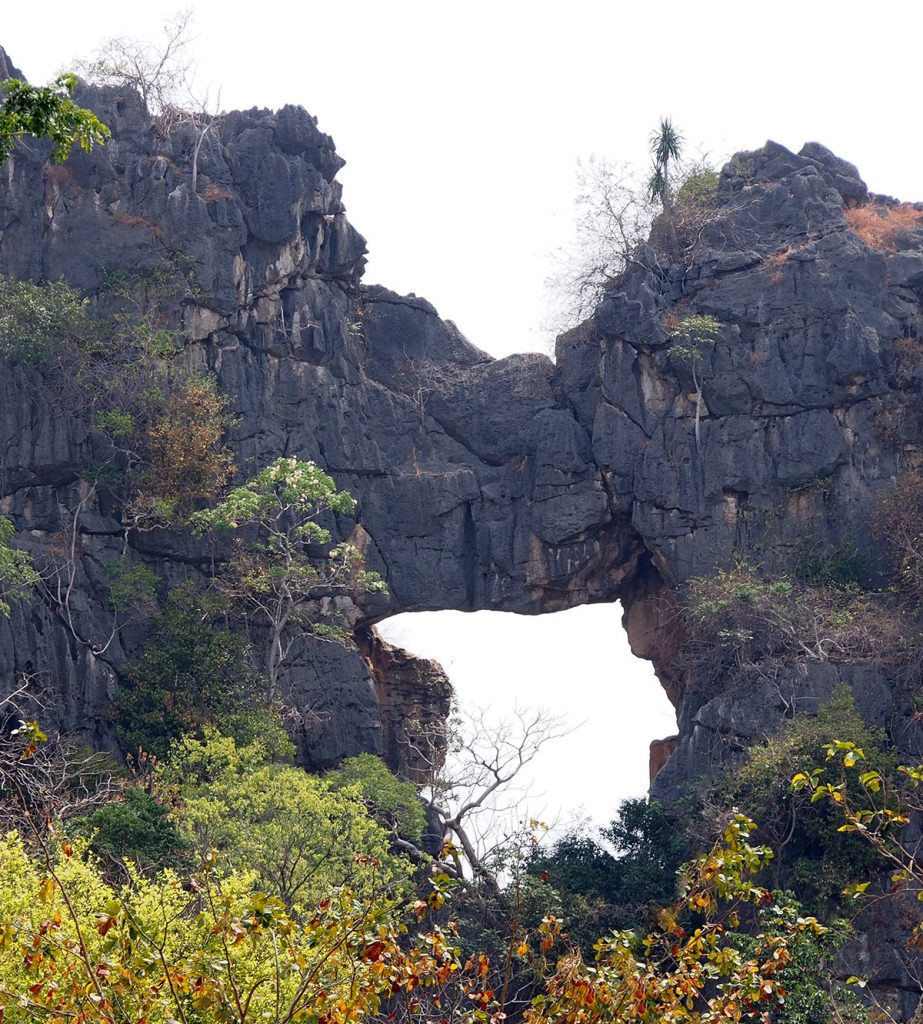 At the right time of year, the rising sun shines directly through the arch. You can see a video of this on YouTube (it is five minutes long and changes very little throughout). A still from the video is below. 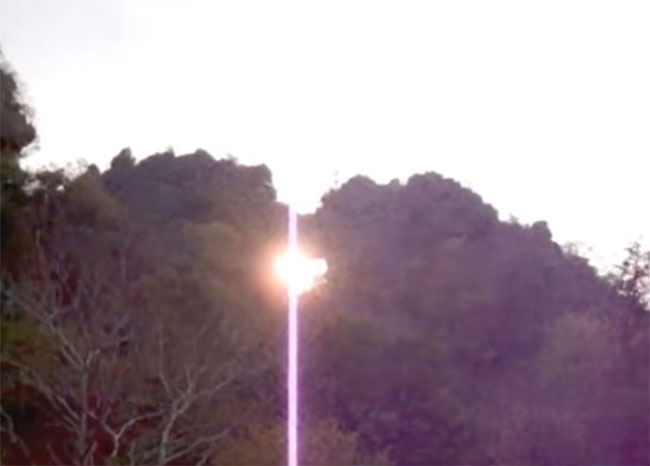 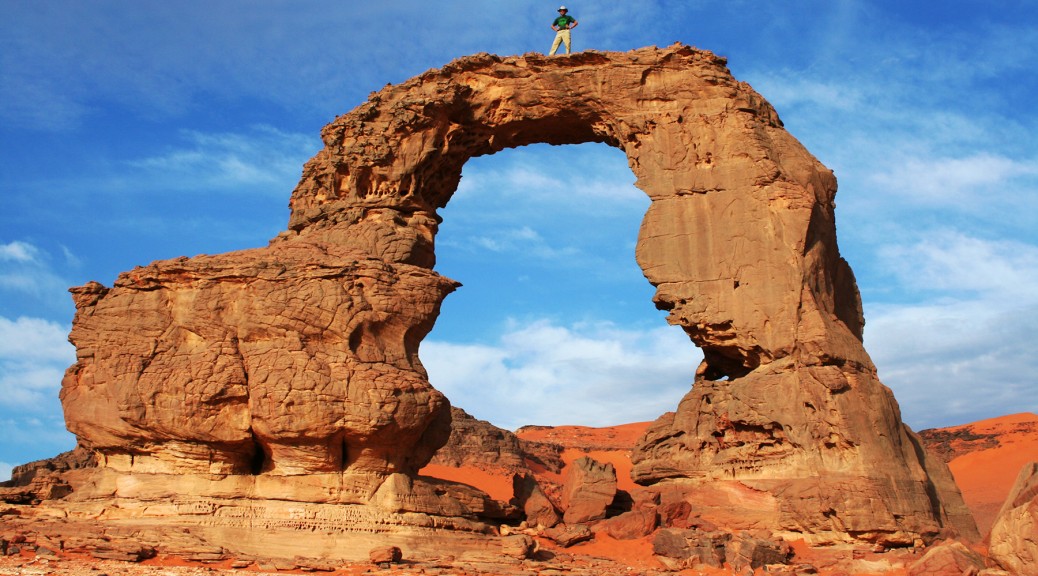 Better late than never. Here we present a 12-minute video slide show of a NABS trip to Tassili National Park, Algeria, in 2006. Photos by Ray Millar, who had previously visited the area in 2003 so some photos from that trip are included as well. Music by Oliver Shanti. 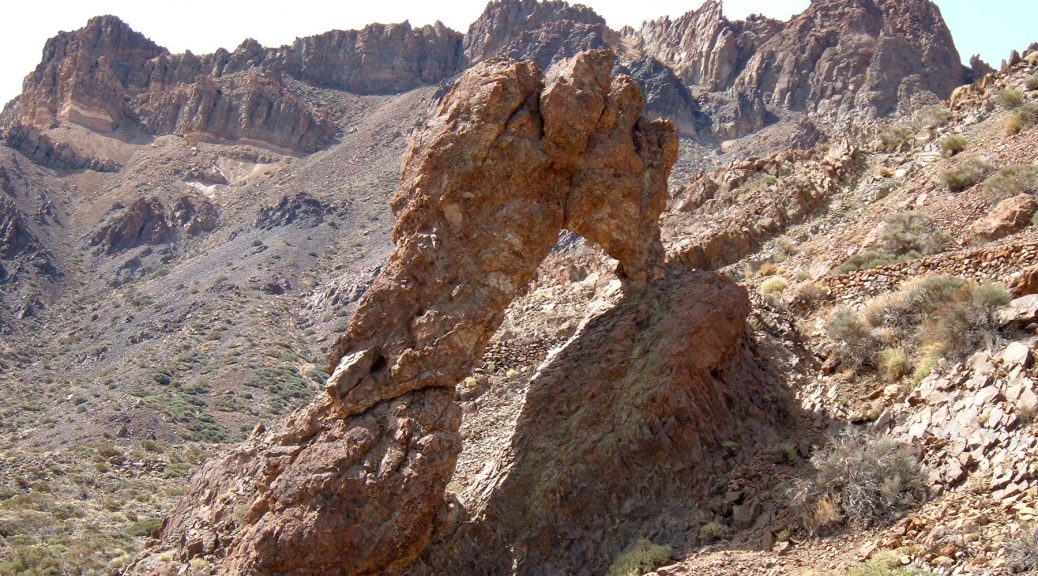 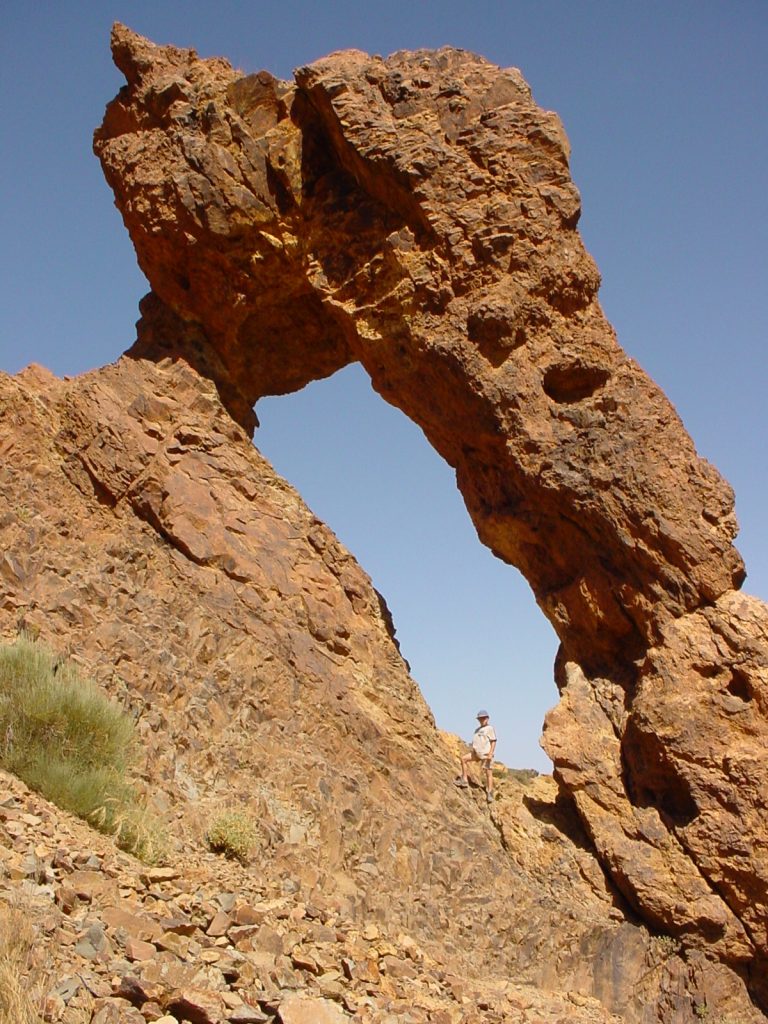 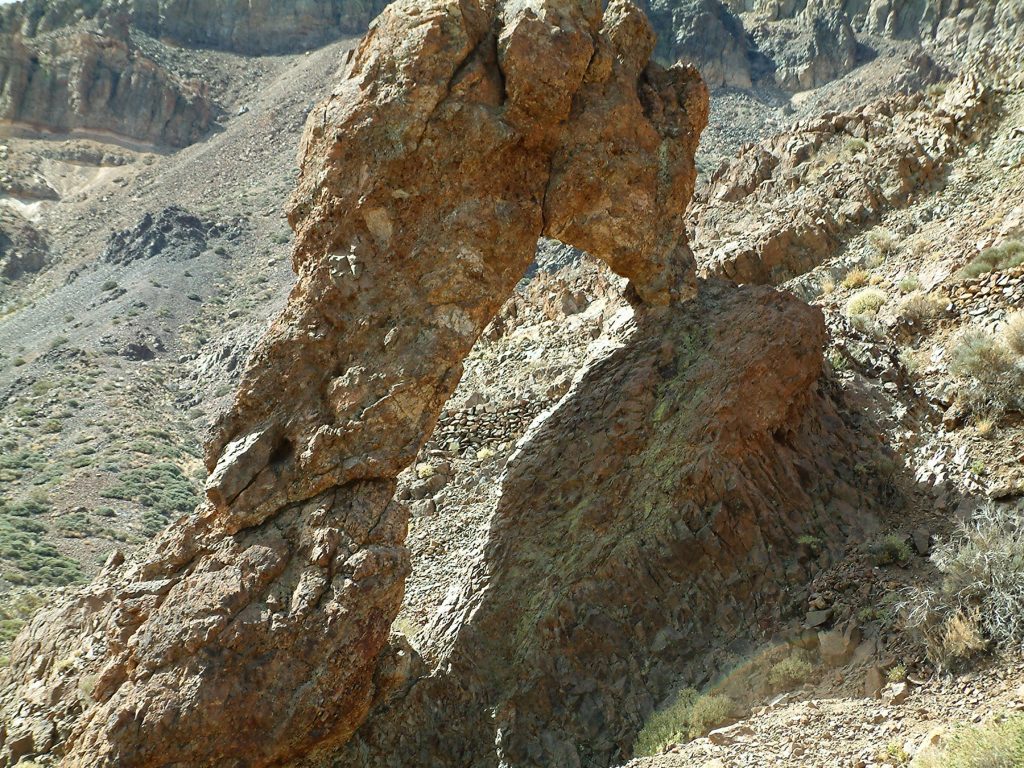 Teide National Park features the Teide-Pico Viejo stratovolcano that, at 3,718 m, is the highest peak in Spain. Rising 7,500 m above the ocean floor, it is regarded as the world’s third-tallest volcanic structure.

At least two other of the Canary Islands harbor arches as well.  Los Arcos de Graziola is found on the island of Graciosa (photo here).  There are many more, primarily collapsed lava tubes, around the coast of the island of Lanzarote. 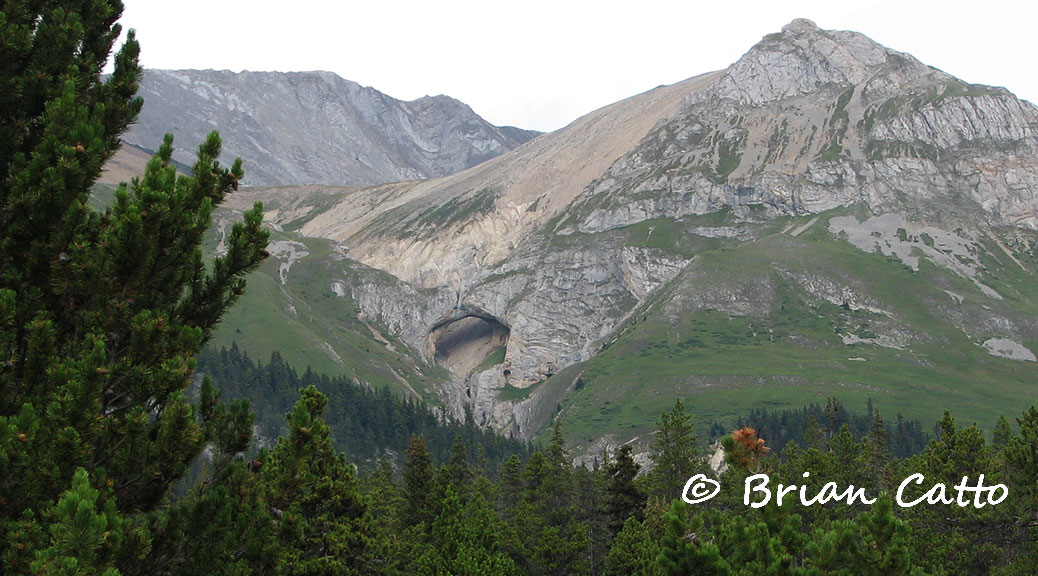 This feature known only as “Natural Arch” is carved out of Palliser limestone on the  southwest slope of Mount Perce in the Canadian Rockies. The arch is located along the upper reaches of Blue Creek in northern Jasper National Park. These photos and most of the information is courtesy of Brian Catto.

The  coordinates are 11U 375960 5922070 (or at least very close) and our best estimate of the span  from analysis of Brian’s photos is 150 plus or minus 15 feet. The photo below is taken near Caribou Inn Hiker Camp, the closest hiker campground to the arch. 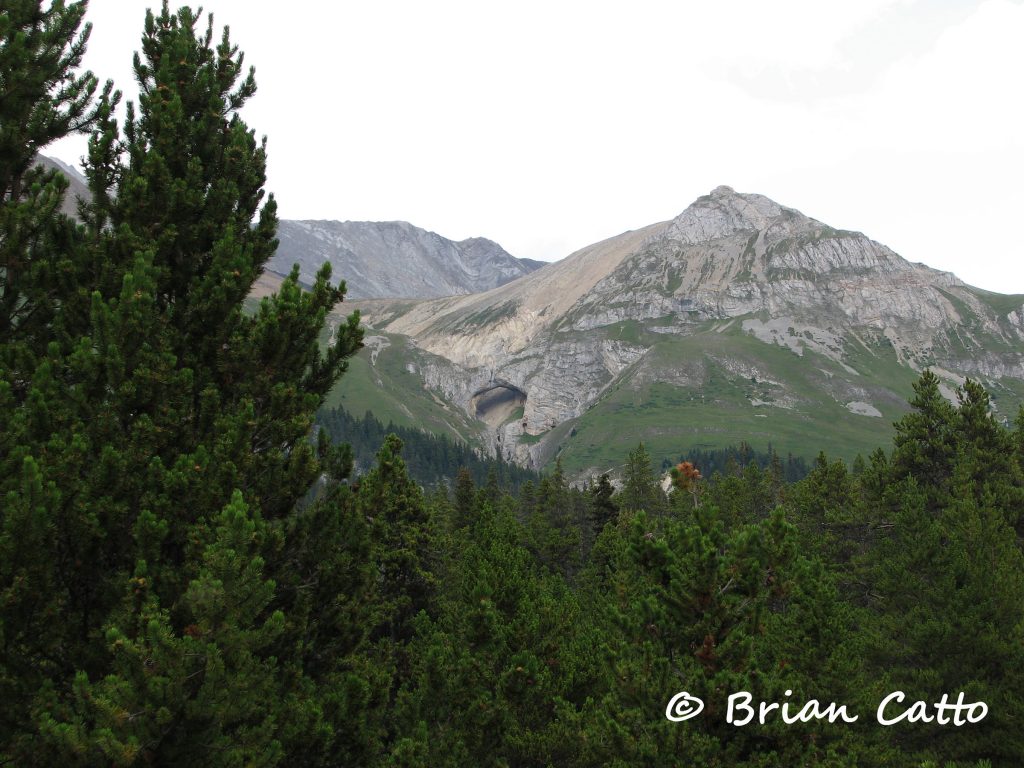 There is a horse camp called Natural Arch right at the base of the slope below the arch, but the arch cannot been seen from the horse camp. Brian climbed up near the arch and a closer photo is below. If you click for the larger version you can see two mountain goats on top of the arch (upper right of the opening). 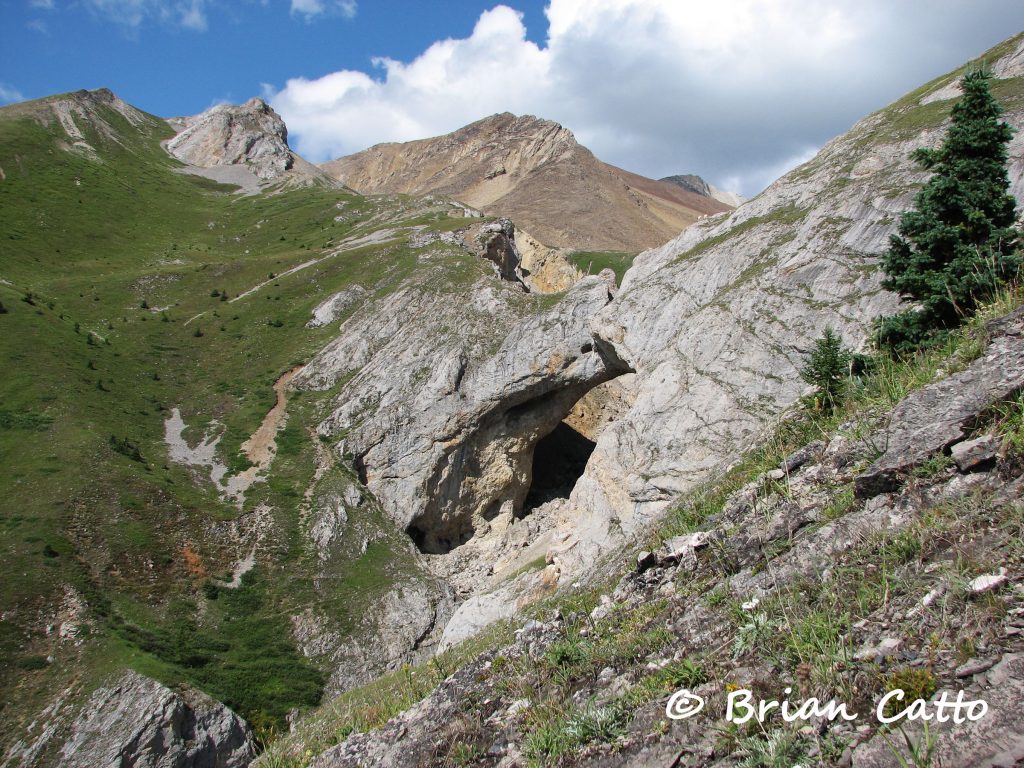 The shortest route to the arch involves 40 miles of trail one-way from Rock Lake using the Willow Creek, North Boundary, and Blue Creek trails. The trails are open to hikers and horseback riders. Brian hiked in but reported that he thought the horse camps were nicer than the hikers camps. A backcountry camping permit is required from the Jasper National Park trail office.

This area of the park is closed to all human use from November through February as part of Parks Canada’s woodland caribou recovery plan. The trail up Blue Creek receives little to no maintenance and a trail bridge washout requires a stream ford which would be difficult before late in the season (late August and September). Brian describes the trip as requiring a lot of “planning, route finding, and determination.” 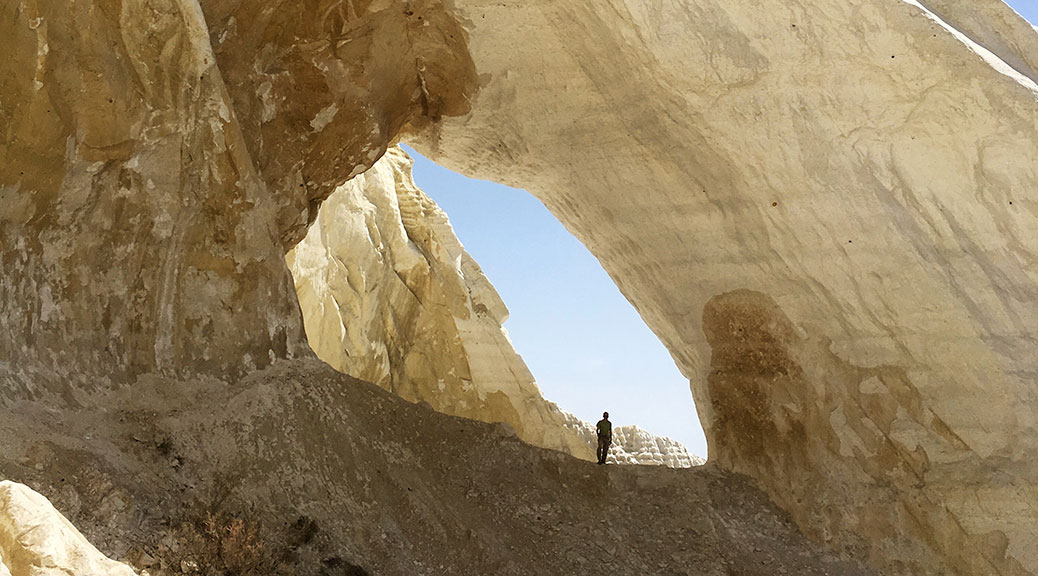 The Natural Arch and Bridge Society is indebted to Niklaus Stöcklin for reporting a natural arch in Kazakhstan.  The arch is located at 39T 675930 4878720 and has a span of 40 feet. 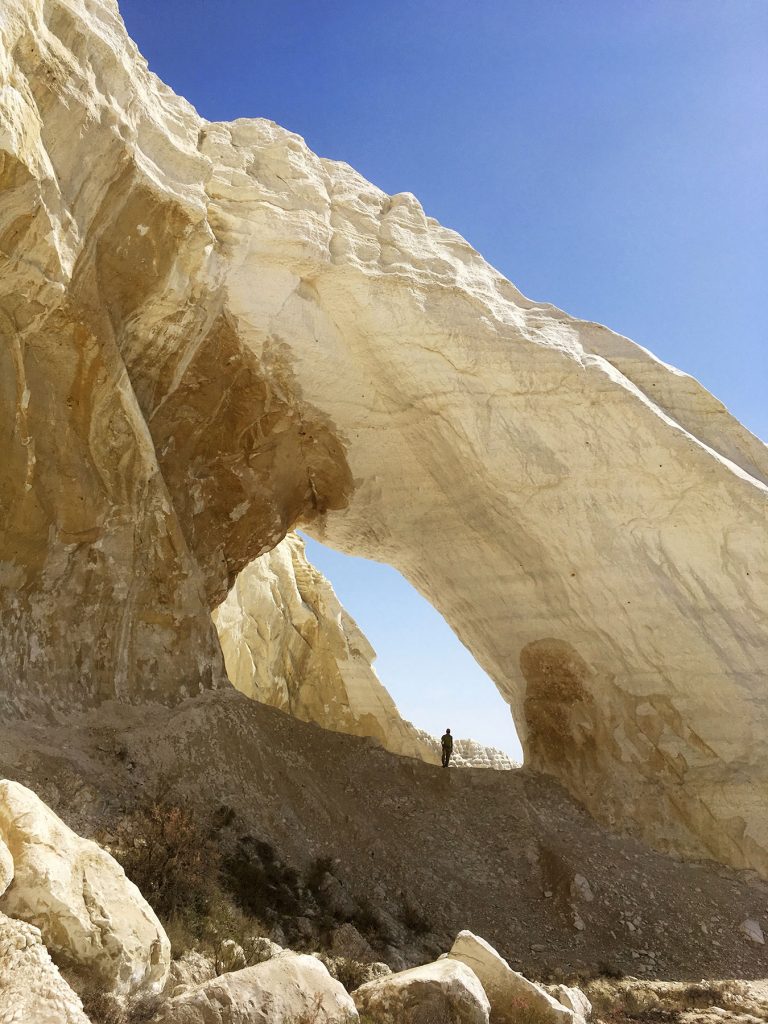 The arch is near the city of Aktau, which is located on the east bank of the Caspian Sea. The name means “white mountain” in Kazakh, which may be due to the white cliffs that overlook the Caspian. The arch itself is in white cliffs about 40 km east of Aktau. 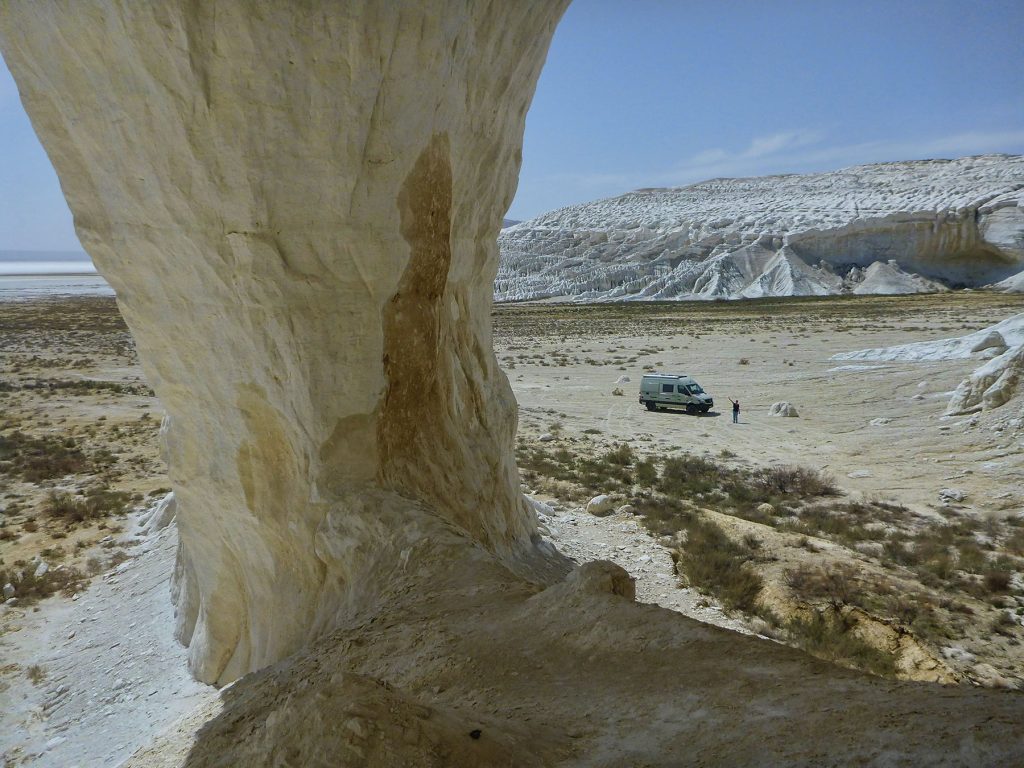 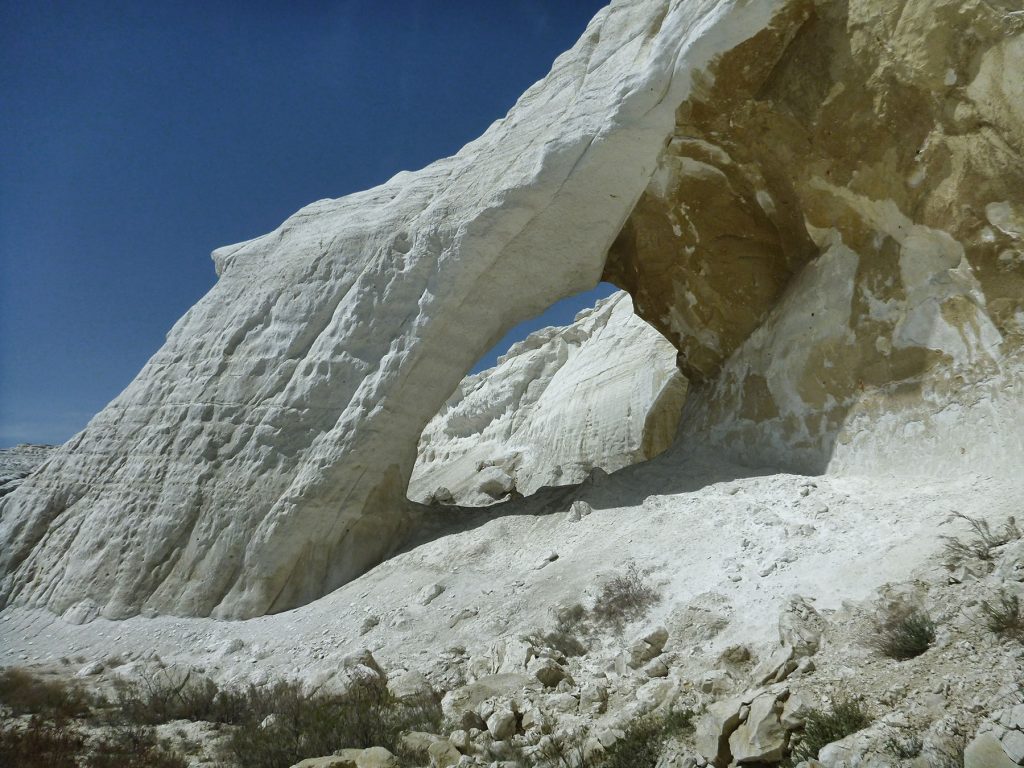